Home Eco Friend Latest SunnyBAGPowerTAB: The best solar charger in the world for your tablets and smartphones 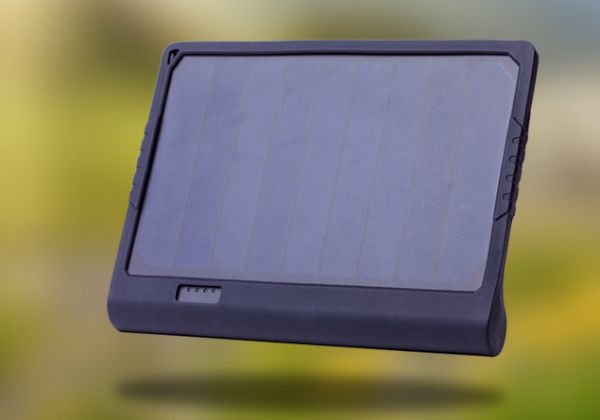 SunnyBAGPowerTAB: The best solar charger in the world for your tablets and smartphones

Charging your devices on the go can be a bother at times. Thankfully, all that has come to an end now with the advent of the PowerTAB by Austrian company SunnyBAG. Billed to be the strongest and most efficient solar chargers in the world, the PowerTAB can easily keep your devices charged up and ready to use whenever and wherever you are traveling.

The PowerTAB is a highly efficient solar system that can easily make you 100% independent. The device combines 6000mAHh batteries with the most powerful solar panels to supply abundant renewable energy used for charging mobiles, tablets and any other wearable devices on the go. The portable solar system comes with a 5 watt Sunpower Solar panel supplies the necessary power to the device by absorbing the sun’s rays. An inbuilt transducer then utilizes this technology and provides a power output of 2.4 Amp via a USB output channel. This power is more than enough to recharge two tablets quickly.

In case you are wondering what is so fascinating about the PowerTAB, take a look at some of it salient benefits here.

One of the main highlights of the PowerTAB is its portability. This is facilitated by the device’s light weight. The PowerTAB weighs only 430 grams which makes it very easy for one to carry it around wherever he/she goes.

The design of the PowerTAB is such that it offers a highly efficient output while ensuring minimal damage to its components. The solar panel as well as the USB output also enjoys a high degree of protection from dust, water, ice and other weather elements.

Simply carrying around a solar panel on your back is not enough. The PowerTAB from SunnyBAG comes with four hooks. These allow the solar charger to be fixed easily on any surface, including on bags, tents and windows, etc.

The PowerTAB is a high powered solar charger that can easily charge your mobiles, tablets and wearable devices on the go. The highly efficient and portable solar charger can easily be considered as the next big thing in solar charging technology.

SunnyBAGPowerTAB: The best solar charger in the world for your tablets and smartphones was last modified: November 30th, 2015 by DrPrem Jagyasi

Tips and ideas to kickstart a school...

11 Celebs Who Are Doing Amazing Work...

Pet products that love the environment

The green gadgets designed for emergencies