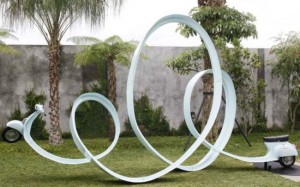 With the idea of overlapping dimensions, I have begun to think that invisible and intangible matter physically exists in hidden spaces: basing her creativity on this perception, the New York-based Korean artist Yun-Woo Choi creates intangible artworks out of discarded, recyclable stuff. Her seemingly simple newspaper sculptures can swirl, spin or just lie still while jutting out of walls to create a three dimensional display of timeless magic. Read on to know more about her art:

Fashioned out of rolled up magazine pages, the massive works of art transcend the limits of time. Sometimes they appear as recollecting past events; however, when you look closely, you can perceive the hidden nuances which clearly correlate our past sensitivities with modern times. 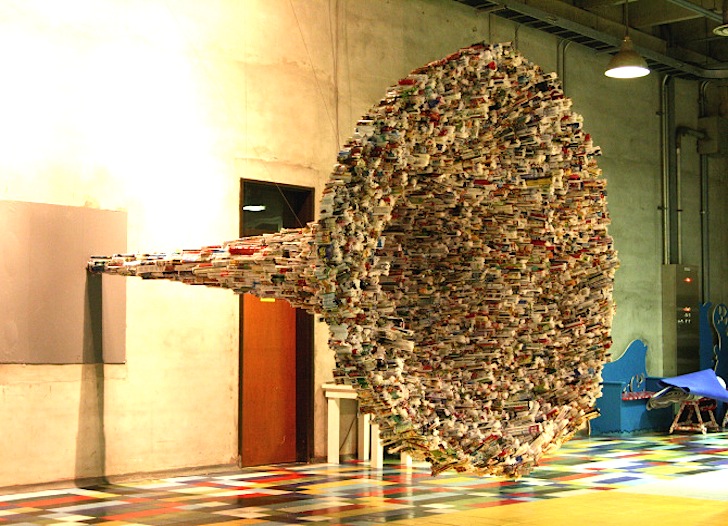 9 Pieces of sustainable art for inspiration and...

12 Eco-friendly Sculptures That Will Amaze You