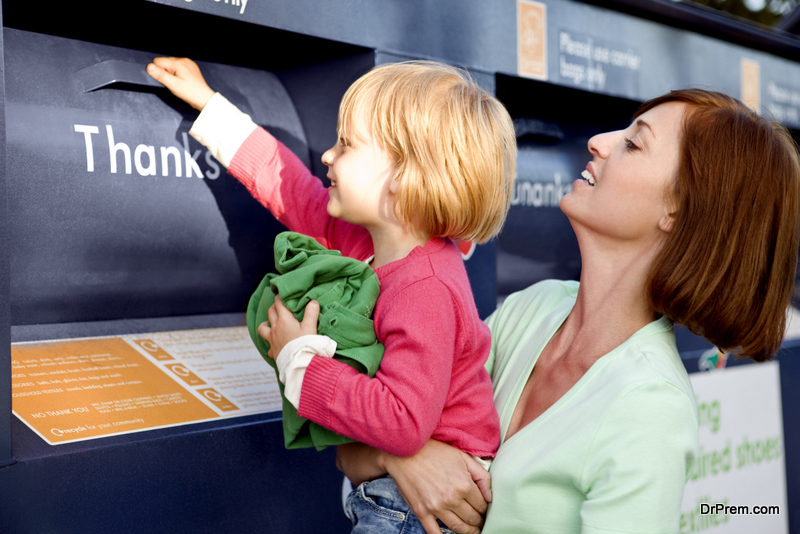 Guide on how to teach your children to be eco-friendly

If you want to live in a pure environment without any pollution, then you have to take steps long back. This pure society can come into being through your kids only. Thus, you should give teaching to your kids. They must know about sustainability or recycling and its effect in the atmosphere. You can use summer or winter vacation for these teachings. You can utilize the holiday and reading time by encouraging books for kids to learn about conservation and the importance of caring for Mother Nature. If your child loves to watch movies, then there are environmental based movies that you can show. These films make teaching kids to be ecofriendly a lot easy and also entertains them.

Unawareness of the blessings of nature

A present generation or the kids are unaware of the real meaning or the blessings of nature. They do not know hunting insects, or digging holes in the backyard, or rolling around the grass because most of the kids lead an indoor life.  They prefer to play with video games, snap selfies, or watch YouTube videos then go newt hunting. You must have witnessed that sometimes the kids get so alarmed by insects and living organisms that they duck and cover when in the vicinity of a common housefly.

In short, these kids are often disconnected from and fear of nature. It is the duty of the parents or the teachers to make the kids conscious about the protection of the environment. You can take help of amazing books for kids of all ages that teach sustainability, can take the help of local library and ask your librarian to help you select the ones that are age-appropriate. Keep in mind that you don’t have to focus on books that are specifically about conservation. 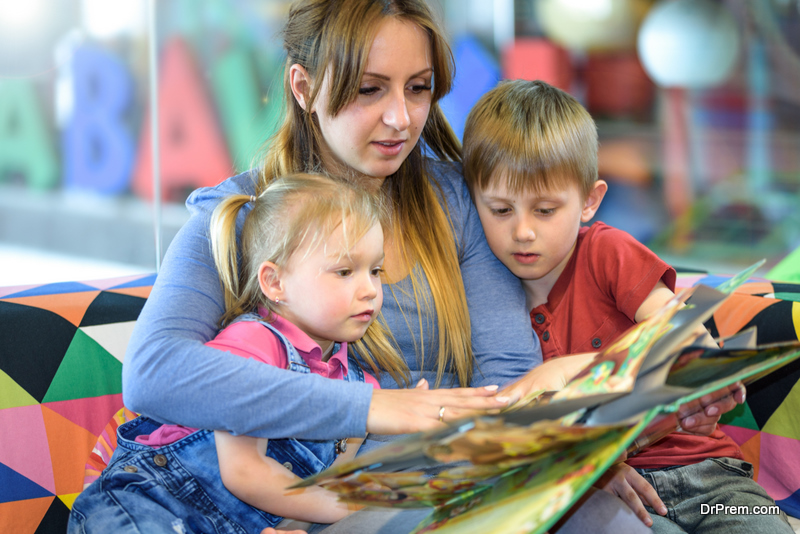 Any book that teaches and excites kids about nature, science, the planet, and compassion for others can help build a foundation for learning about the importance of sustainability.

Motivate them to prepare different activities based on the books and this will be a great help to your child to get the real meaning of sustainability. Simply search for the books will not be enough, the family activities can demonstrate the themes of a story, and a simple art project or craft can also give them the incentive to follow what you have told them.

Simple examples to use while teaching kids to be ecofriendly

When it comes to actions you can take your kids along with you and make them involve to take around the house to save energy, water, recycle, reduce waste, etc. my kids like to be involved. Therefore, you can figure out some simple examples of environmentally friendly actions so that your kids can take care.

Films for making your kids eco-conscious

To inculcate love for nature in your children’s life without their even knowing it all you have to do is just ask them to watch an animated film with you and make them watch a film promoting sustainability. Below are some of the top films for making your kids eco-conscious with the aim of saving the environment.

Must watch films for making your kids eco-conscious

Below are some of the top films for making your kids eco-conscious with the aim of saving the environment.

Green Games That are Fun for Your Kids

Our children would inherit a planet which has already been robbed of many natural resources. This is why, they should be taught to conserve the remaining resources. Some games are designed to help in teaching kids to be ecofriendly. So check out these green games which are fun as well as educational for your kids: 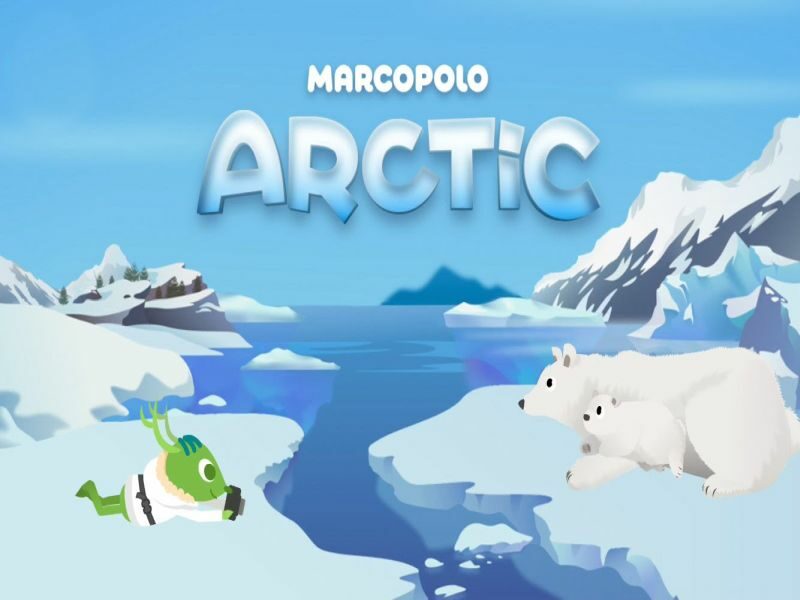 In this game, kids can explore the arctic landscape as the screen scrolls down to show water, sky, icy shores and the tundra. They can complete puzzles based on animals which teaches them about the functions of different body parts. Kids can play and feed animals, watch them in their habitat and explore as other animals pop up on the screen to make it more interesting. The app is fun and has integrated scientific learning through the game.  The game has a limited interactive environment but kids will enjoy the large variety of habitats and animals to explore.

This game is based on the popular PBS show of the same name. Sid, with his friends engage kids by asking them to play with the science exhibits at the science fair at school. Kids can chart objects by type or color, play “Time Machine” and so on. This app is great for kids to practice and learn practical science, the concepts are solid but with enough room to explore the topics. Kids can have fun interacting with their favorite characters from the show, as an added bonus. 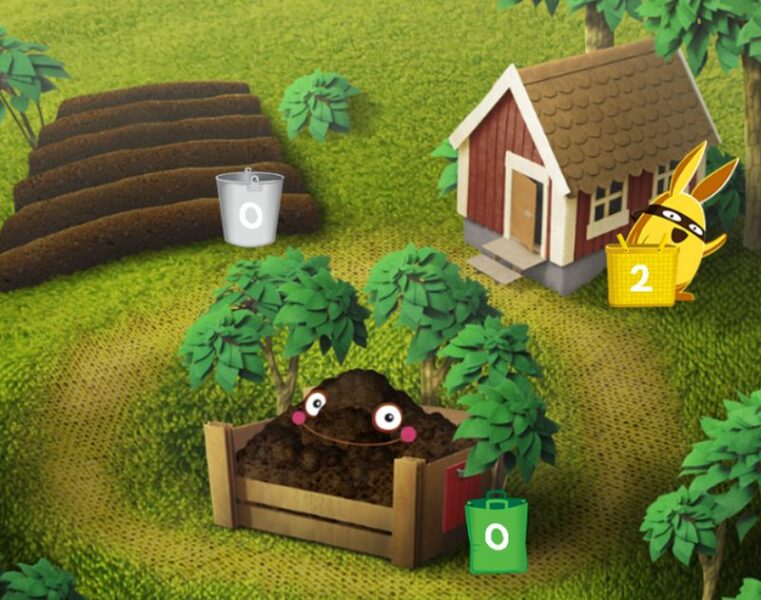 Kids can learn about sustainable living with this game. Kids can play in three areas – the house, garden plot and compost bin. They can plant seeds, shine the sunshine, make it rain to nurture crops. They can bring the veggies which are ready to eat to the house, and feed the hungry animals there. Then they can compost the food scraps and use it as fertilizer. Kids can understand how everything is interconnected through this exciting and interesting game.

Cosmochoria is about venturing into the galaxy in which all life has been destroyed as a result of the actions of some tinkering scientists who tried to reveal the universe’s mysteries. There are about 50 planets which the kids can revive while shooting at aliens. The game is confusing, challenging and quite hard, but fun. They have to think about the strategy required to revive each planet and the level of difficulty increases as they move up the game. This game can teach kids about the importance of the intergalactic environment which needs to be protected too from human interference.

Toca Nature is a mesmerizing, calm game with the music too contributing to the magical feeling. It feels like taking a walk in the forest and learning about different animals in their habitat. They can feed some of the animals, and build their own landscape.

Children can learn about 500 animals, plants, people and places. Solid facts are presented in an interesting manner and real, rare animals like the Fishing Cat and the Blobfish are shown. This app can help children to be more interested about their natural environment as the see the beauty of Mother Nature. They can play the quizzes answering questions about what they’ve learnt. 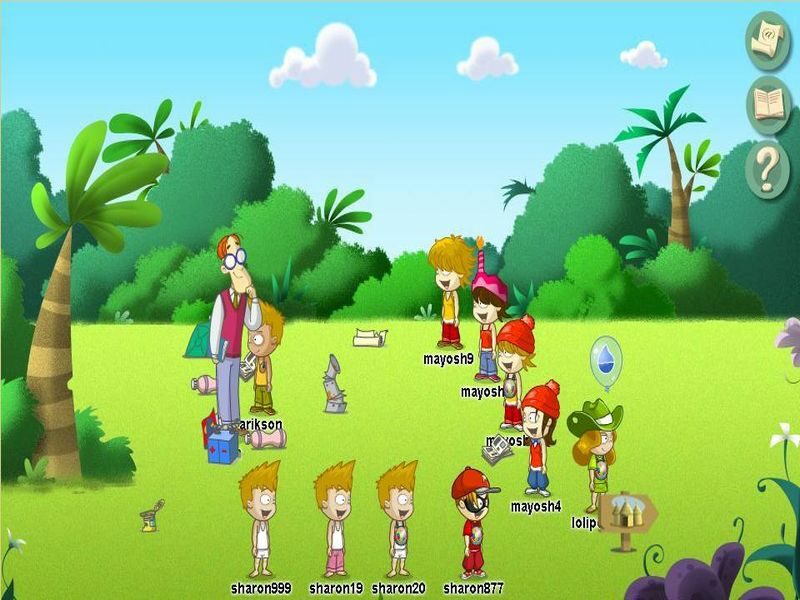 Ekoloko is a game which is environmentally friendly, teaching kids to solve environmental problems. It has many mini-games which can be played as kids travel through the world, meeting characters of all colors and shapes, some are avatars and some in-game characters. Kids can communicate with others through moderated chat or drop-down menu. Trivia, memory, farming and variations of match 3 s and bubble shooters can be played.

A final though on teaching kids to be ecofriendly

Instead of long, boring lectures about the importance of conserving and helping the environment, green games can be a good alternative to teach your kids about the environment and the necessity to protect it. They can learn about sustainable living at an early age and maybe even start making green choices from childhood itself.