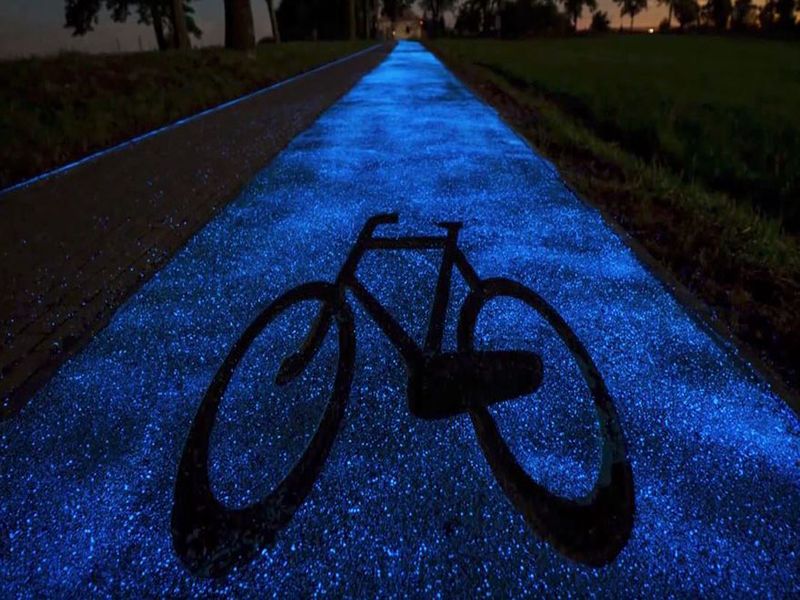 Poland is known worldwide for its bike-friendly culture, home to many cities which favor cycling. Now it has gone the extra mile and introduced a luminous bike path for nighttime cyclists. The bike path stands out as it is powered by the sun’s energy, in other words, solar energy will be lighting up the bike lane at night. The bike path is in Lidzbark Warminski, in the Mazury region. The Mazury landscape is famous for its scenic beauty and engineers were of the opinion that the unique bike path would look be in harmony with the beautiful Mazury view in the background. 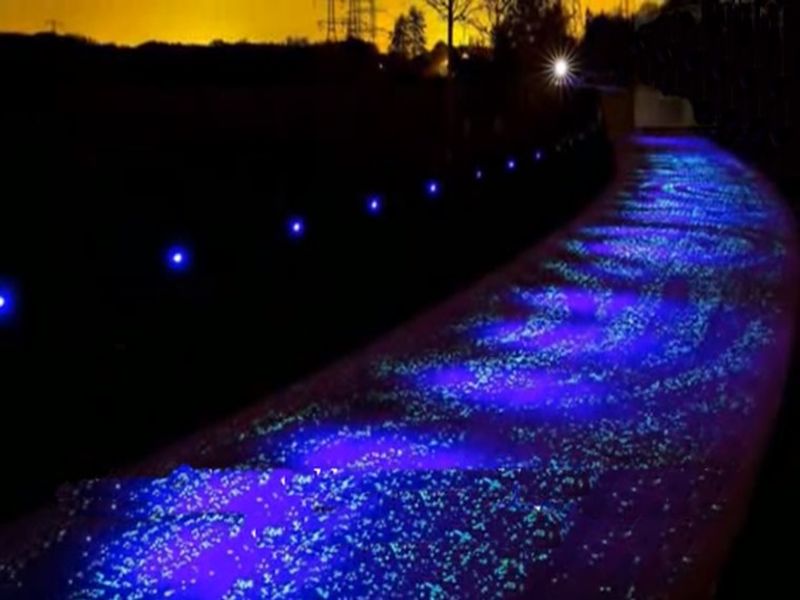 The inspiration for the glowing bike lane came from a similar one in Netherlands, which is known as the “Starry Nights”. It was a project completed by the Studio Roosegarde two years earlier. The path was designed based on the famous painting by the Dutch artist Van Gogh, which has the same name.

The painting depicts a starry night in a surreal manner, and the bike lane too was designed to look like the glowing, surrealistic night sky, as in the painting, by Daan Roosegarde, a contemporary Dutch artist. The bike lane is lit up at night by led lights which are charged by solar power during the day.  This bike path is part of a bigger project known as the Smart Highway, whose aim is to design sustainable and interactive roads.

The two bike paths, though they are both eco-friendly, are significantly different. The Polish bike path does not require any additional power to light it up. The 100 meter bike track is the brainchild of the company TPA Instytut Badan Technicznych. The bike path in Mazury does not require led lights but is lit up by luminophores, a man-made material which lights up at night, after being charged by solar energy. Blue was chosen as the color of choice, as the engineers opined that it would suit the green Mazury landscape best.

The luminophores have the capacity to emit light for ten hours and mores, which means that the bike path is laminated throughout the night and is recharged in the daytime again by the rays of the sun.The beautiful glowing bike path is thus self-sufficient.The bike path is in the test phase, as it requires to be known how long the bike path would last before fading. This bike lane is an inspiration to countries all over the world. 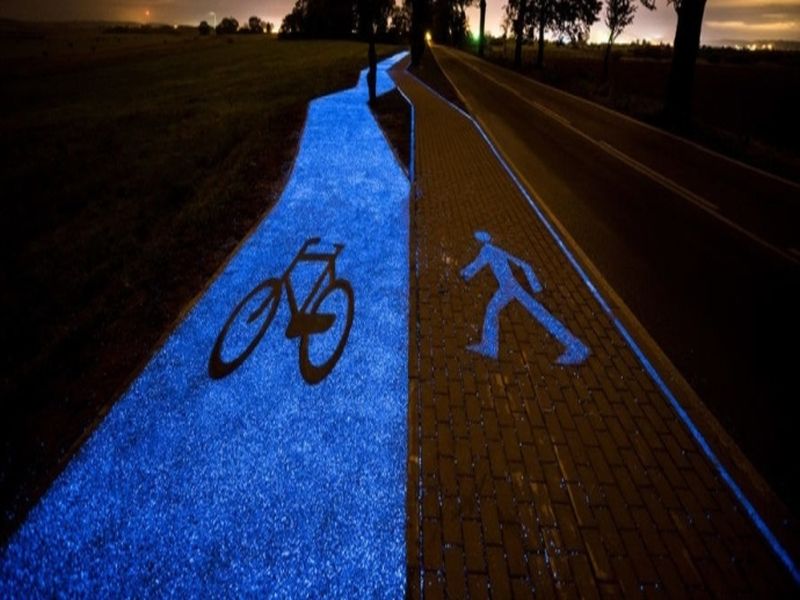 The Polish bike path is an innovative idea which may be expensive right now, compared to conventional lighting. But eco-friendly roads are perhaps the answer to the crisis of conventional energy that the world is facing today. These roads can save a huge amount of energy, as they would draw their energy from a renewable natural source, the sun.

The Polish have shown the way, with their shining bike path, and now the rest of the world needs to follow their example to use renewable sources of energy in every area of construction, be it roads or buildings.