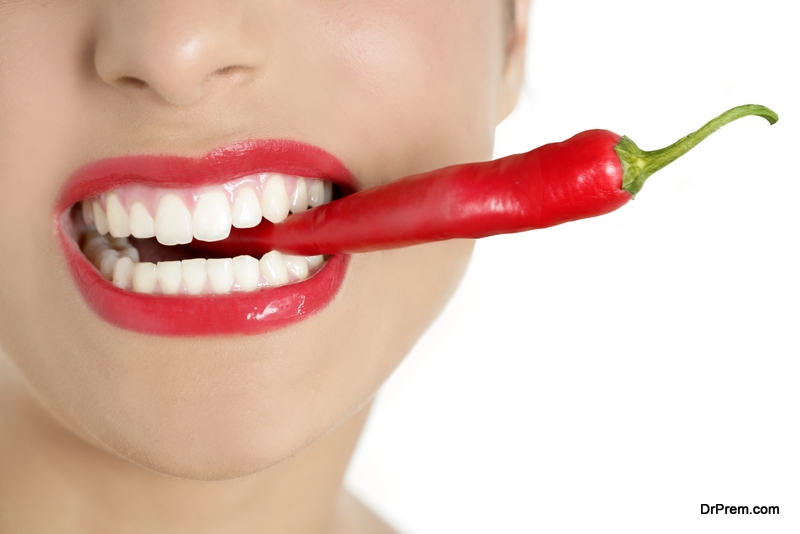 Come summer and the season for mosquitoes starts. The pesky bugs have become a terror, as they spread all kinds of dangerous diseases like malaria, dengue and more. As mosquitoes rely mainly on their sense of smell, they can be attracted or repelled by smell. Some foods repel mosquitoes and eating these might change the natural scent of your body to one which is unappealing to the little biting monsters. So which are these foods which can help to repel mosquitoes?

Some foods repel mosquitoes and keep you bite-free 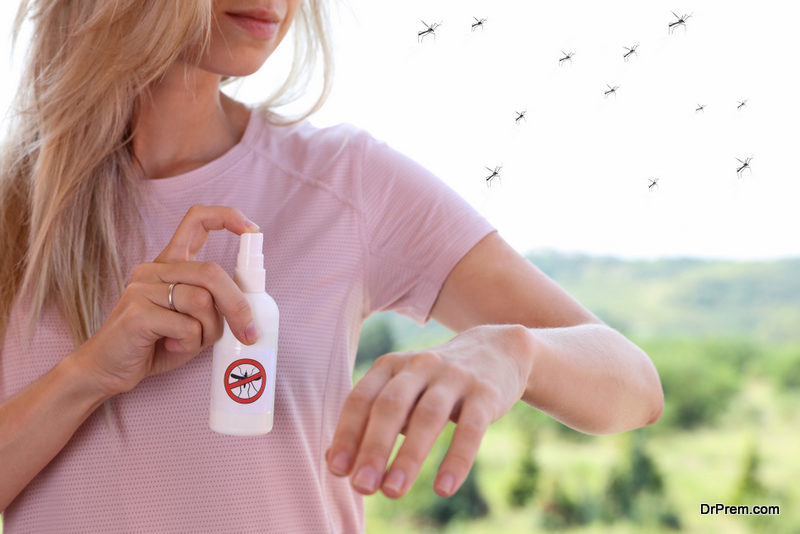 Some studies have found that mosquitoes find some people tastier than others. Apart from smell, genetics also plays a role.  Studies have revealed that mosquitoes love to bite people with blood type O. Sweat, body heat, exercise attract them and dark colors can also make you a mosquito magnet.

If you like spicy pickles and sweet mango chutney, you may be unknowingly attracting them. Your diet therefore seems to be important to ward off bugs naturally.

Including these foods in your diet in mosquito season may be the best to keep away the bugs and stay safe from mosquito borne diseases: 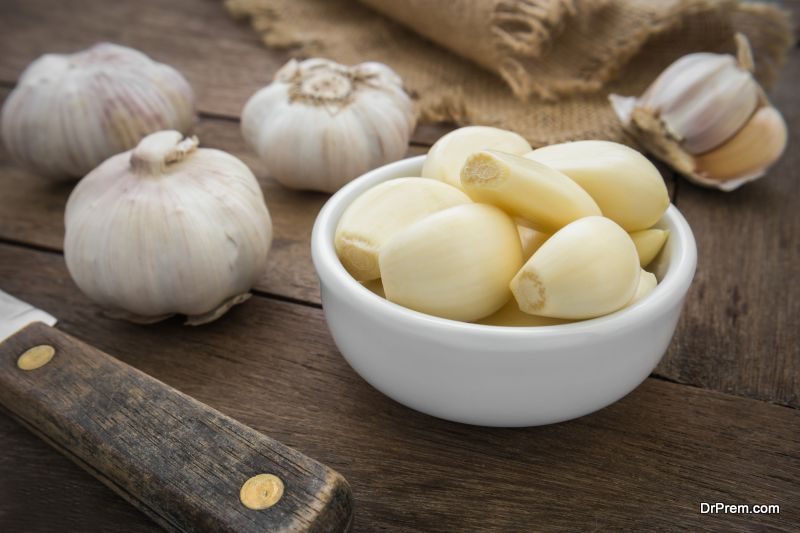 Onion and garlic have been found to be very good foods repel mosquitoes. Garlic been linked to Dracula too, a bigger blood-sucker! But on a serious note, garlic repels mosquitoes as it releases a chemical known as allicin. When you eat garlic, allicin is released through the pores in your body. This acts as one of the best natural repellants.

Allicin is effective because it interferes with the body’s natural scent, thus masking you from the pests. Onions, shallots, leeks as well as chives emit allicin, so you can use them too to keep safe from mosquitoes.

To make the most of onion and garlic, eat them raw with salad or add them to food as raw garnish. Use these in your stir-fries, rice and curries too, though the aroma would be less in cooked food. 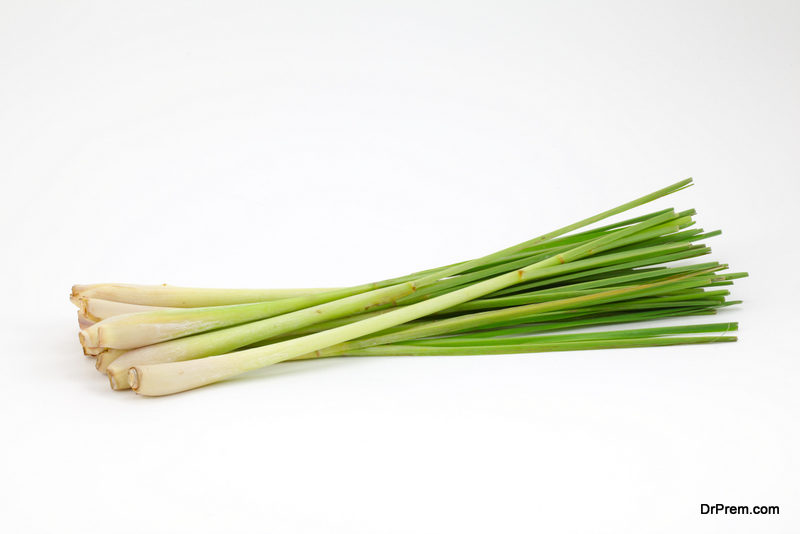 You can consume foods that repel mosquitoes such as lemongrass. Lemongrass contains citronella which is an ingredient in many bug repellants. Citronella has a strong fragrance that is used to ward off bugs. If you eat lemongrass, the fragrance will conceal the body odor. This then conceals you from the mosquitoes. Thai curries use lemongrass, but you can add this to any recipe, especially soups.

You can use it the spice mix of your barbecue to enjoy your food without any hindrance from the bugs. 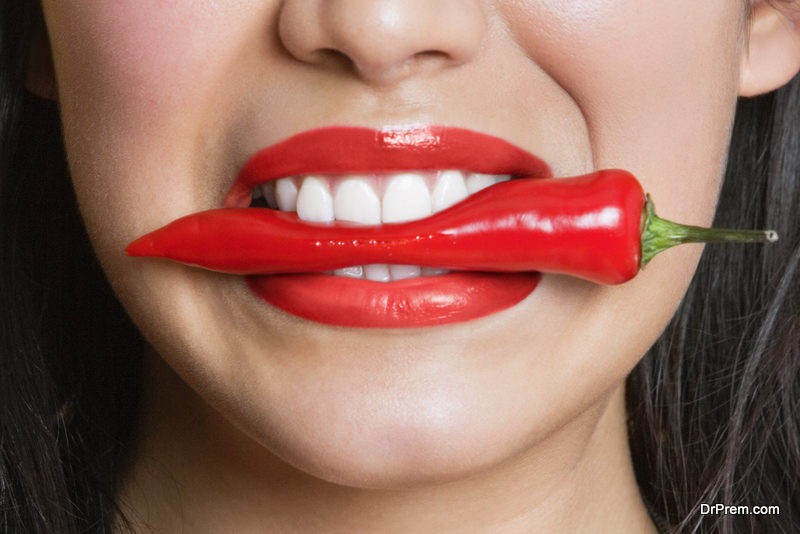 Just as garlic and onion emit allicin, chili peppers emit capsaicin, the active ingredient of chilies. Capsaicin gives the heat, which makes your mouth burn while eating it. It turns out that it is hot not only for humans, but it is hot for bugs too. Nowadays it is being used as one of the natural repellants.

Eating chilies raw is again the best way to repel mosquitoes, but as most if us cannot bear the extremely hot chilies when raw, you can include this in your salsas, sauces, chutneys and gravies. 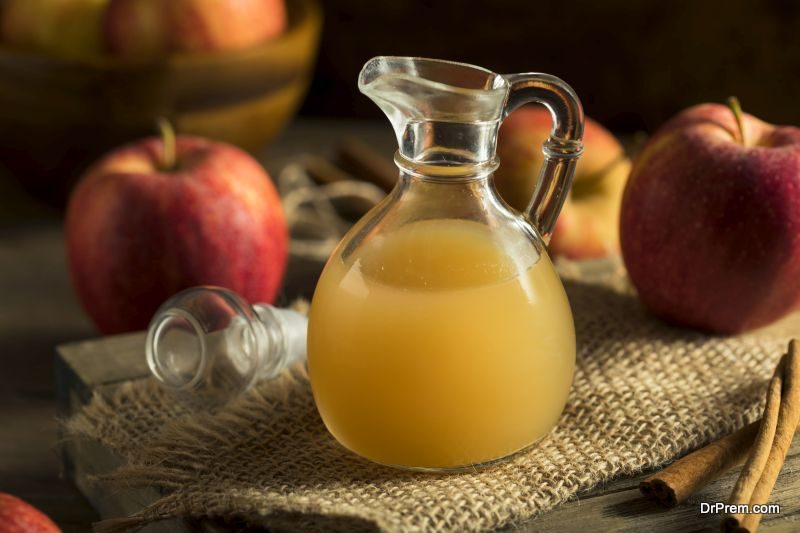 One of the many benefits of apple cider vinegar is that it is also counted in the foods repel mosquitoes. Apple cider vinegar alters your body scent and makes you lie low on the list of mosquito-food. Many people claim that drinking even one spoon a day is enough for mosquitoes. The taste of apple cider is quite strong, so you can add a little honey to make it easier to consume. As with the other foods, you can add apple cider as an ingredient in your recipes – such as soups, salad dressing, cocktails, mock tails and other beverages. 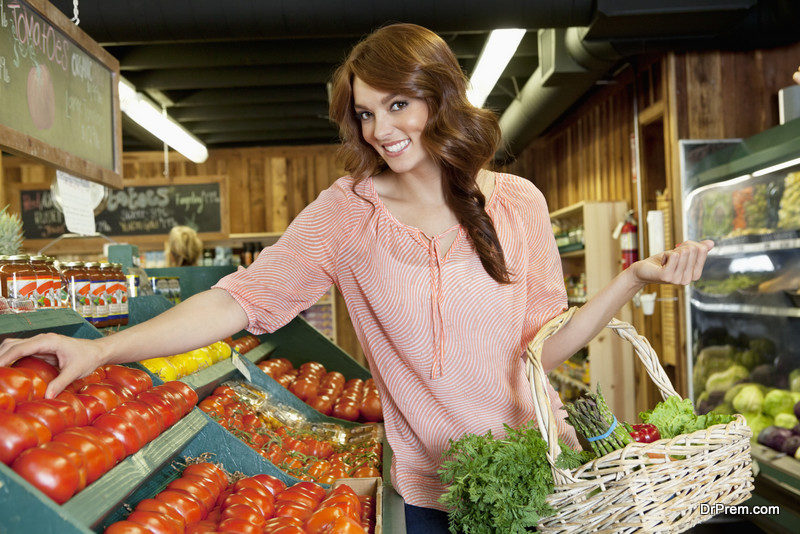 Tomatoes are probably already a part of your diet, as it is one of the ingredients which are used in many cuisines. But you probably didn’t know that the humble tomato can keep away mosquitoes. This is due to the fact that tomatoes are rich in B1 vitamin, also called thiamine. Though tomatoes as mosquito repellant, has come under debate, still, many people insist that they make those who eat them less appealing to many bugs.

Raw tomato or tomato juice can be applied on mosquito bites to soothe the itching caused by bites.

Make delicious tomato soups, use them in salads and in pasta sauces. Use garlic, onions and tomatoes so that you get the threefold bug fighting advantage! 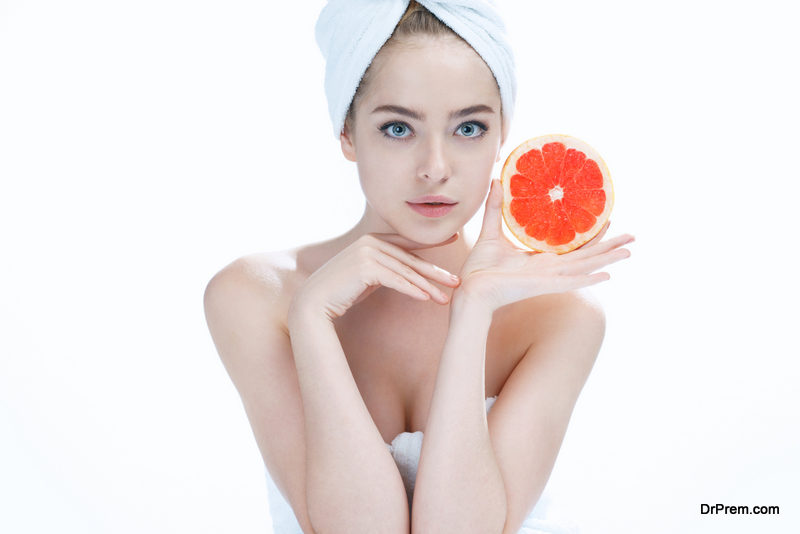 Grapefruit is chock full of vitamin C as well as antioxidants, which are excellent for your health. Grapefruit has been thought to be a mosquito deterrent and is also a tick repellent. Some suggest that grapefruit might repel head lice and bed bugs.

The substance which is present in grapefruit, known as nootkatone, used as natural pesticide and insecticide. Citrus fruits are a wonderful addition to the diet, and you could include it in yours too. Eat half every day at breakfast or combine with citrus fruits to make a fruit salad. Try out a grapefruit cupcake you can have on the go and combat pests outdoors. 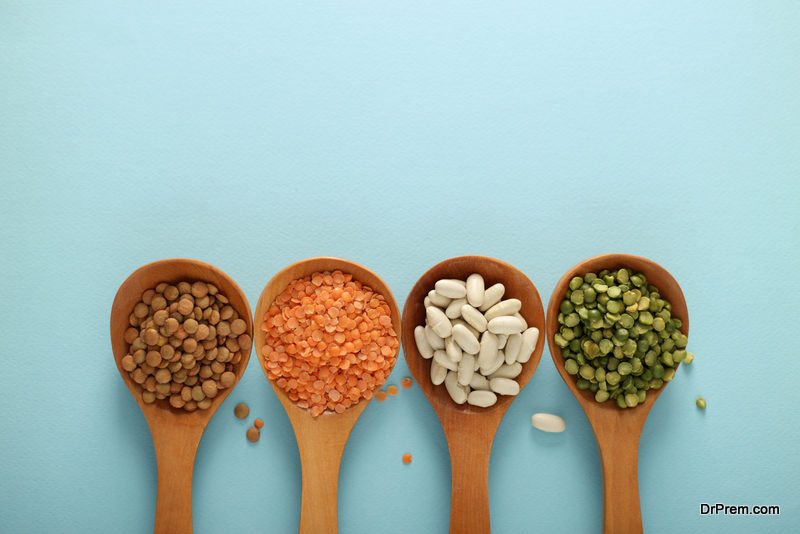 Lentils and beans work in the same manner as tomatoes. All these foods are thiamine rich, which release a smell that bugs find unpleasant. Lentils and beans can be added to many foods, which need flavor or texture. Make delicious hummus or add to entrees, burritos and chili. Lentils and beans are popular legumes which enhance meals and protect you from mosquitoes. 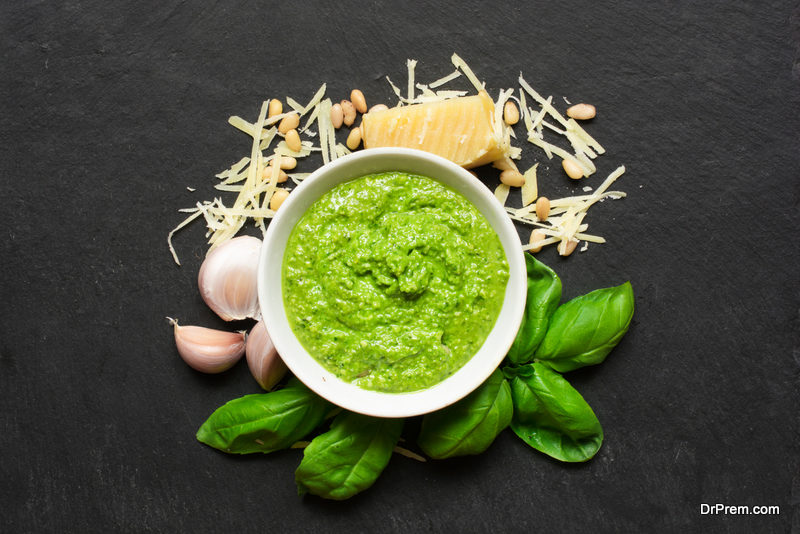 Essential oils of different spices and herbs are considered to be very effective repellents. The oils are applied to skin, and even if you consume them, the spices and herbs can give you protection. The pungent scent of the oils is probably what deters mosquitoes. Clove oil, cinnamon oil, lavender oil, cinnamon, peppermint, lemongrass and catnip are some essential oils which can be consumed in a diluted form to get rid of mosquitoes. 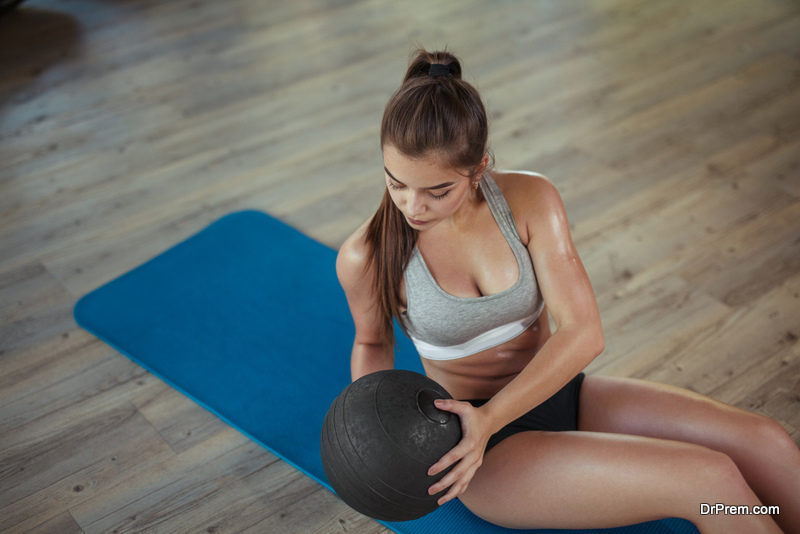 Beer, foods which contain lactic acid such as salty foods, attracts mosquitoes. You might have observed when you sweat, mosquitoes bite you more. Some say that eating sweets makes you sweet and thus there is a greater chance of being bitten, but this is still debatable.

Go Green With Your Business: 3 Tips You...