Matchsticks! Nothing great comes to mind hearing this word because all we see of it is a tiny wooden stick with some inflammable material on top that lights when rubbed to its box side. Well, there are people or artists we call them, who managed to see way ahead than this and came up with pretty impressive artworks. Here is a rundown on some amazing artworks made with matchsticks: 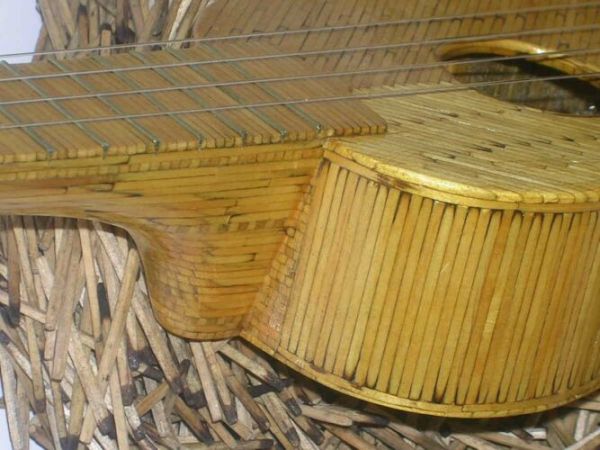 Jack Hall with the help of his creativity had proved back in 1984 that not only conventional tools and materials can make a Ukulele but even matchsticks can. It took Jack 400 hours to painstakingly glue around 10,000 matchsticks together to make one of its kind Ukulele that looked good and played well. 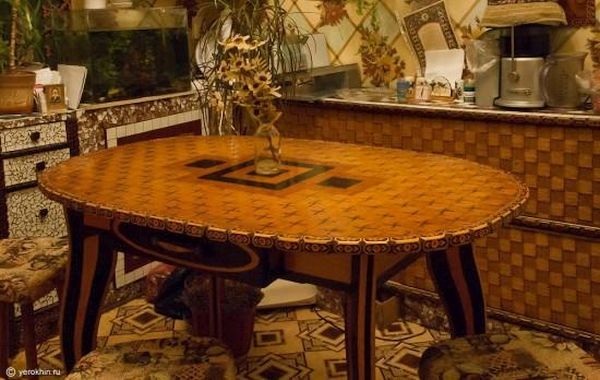 This one is a masterpiece created with burnt matchsticks. From a distance, it looks as if some distinctive weave material makes the pattern but only when you get near you realize burnt matchsticks make that entire pattern. The furniture is a creative effort of Roman Yerokhin, his mother and father who owing to restricted art supplies in the Soviet Union thought of bringing burnt matchsticks to use and happened to create such a masterpiece. 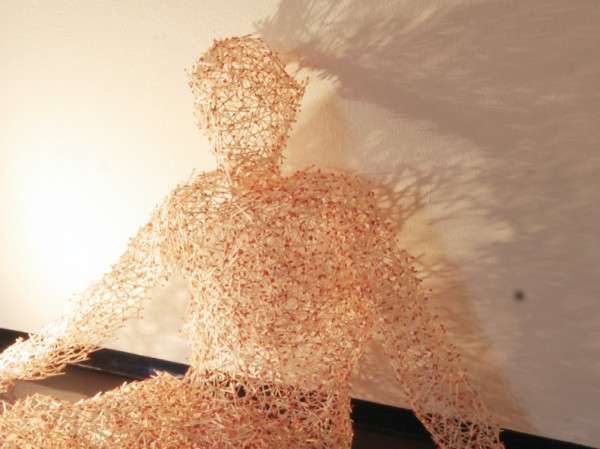 Ryo Shimizu is a Japanese artist behind this unbelievable artwork – a matchstick man. A beautiful and awe-inspiring human sculpture made using nothing else but matchsticks. It took him tremendous precision and patience to assemble every matchstick in order that could give it a shape that of human body. On passing light through this art piece, it appears all the more intriguing. 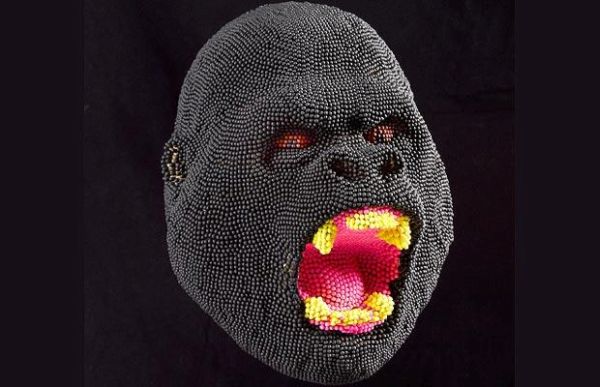 Each head sculpture made using around 30,000 matches is David Mach’s creative art. He creates a plastic or a fiberglass structure and then with too much of patience and efforts he glues matchsticks onto it to give it the desired appearance. He has a made a number of them, usually famous faces, and ends his presentations by setting a head on fire. 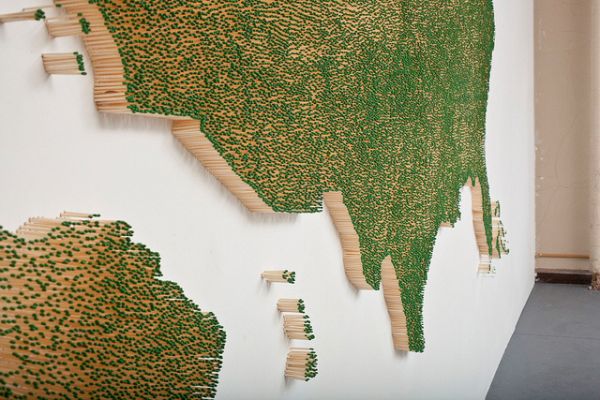 There is seriously no dearth of creative minds always trying to come up with something that leaves us all in awe for many days to come. Clair Fontaine, a French art collective managed to surprise us all with his creative efforts that he put to use in the making of the United America’s map. He used 50,000 matchsticks to make it and all with their flammable tops intact. 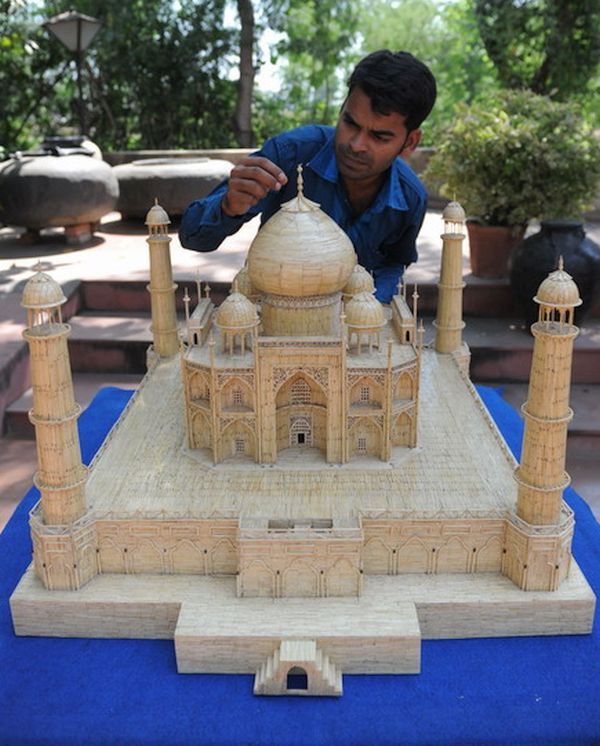 Taj Mahal is the white marble mausoleum that truly needs no description. Indian artist Shaikh Salimbhai made an identical model of the iconic Taj Mahal exclusively with matchsticks. It was not an easy task but his patience and skill paid off, as he managed to create identical matchstick structure in a year and 19 days.

If you look at it, you will realize how the artist has given it perfect detailing and you will at once realize what all had Shaikh Salimbhai had put into the matchstick Taj Mahal. He used 75,000 matchsticks to complete the project that has made him an inspiration for many or almost all the matchstick artists across the globe. 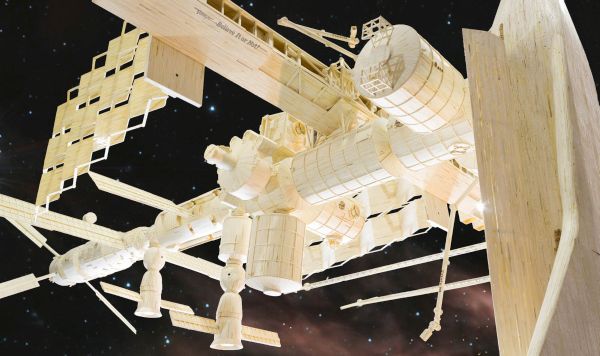 This seems unreal but is absolutely real, as artist Patrick Acton somehow managed to create a marvel using 243,000 matchsticks. A replica of the International Space Station that took one entire year for Patrick to make complete it with such detailing and precision. The replica was so big that Patrick did not have enough space to put it together, so had to make it in parts. It is shockingly 15 feet wide, 11 feet long and 4.6 feet tall.

Matchstick artists across the globe keep shocking us all with their out of the box creations every now and then. 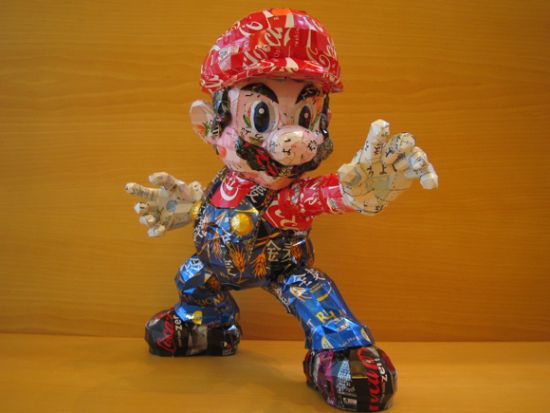 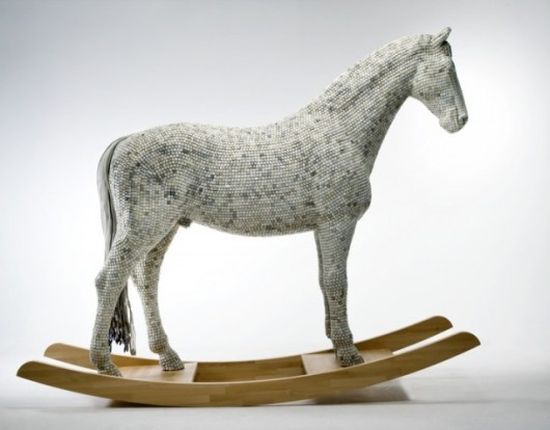