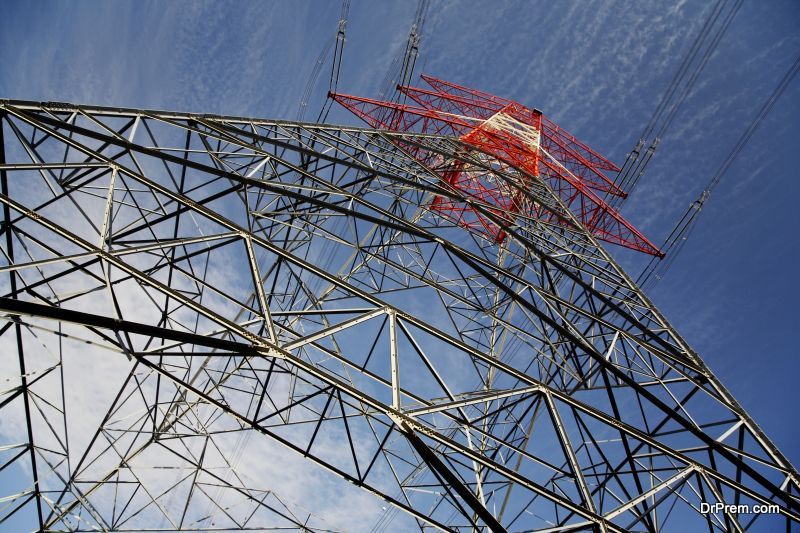 America has one of the world’s most massive and complex systems of infrastructure. It provides transportation and utilities to millions of people living in a fast-paced, heavily traveled culture. Those people demand to be able to go where they want to quickly, power their world reliably, and be protected from natural disasters. 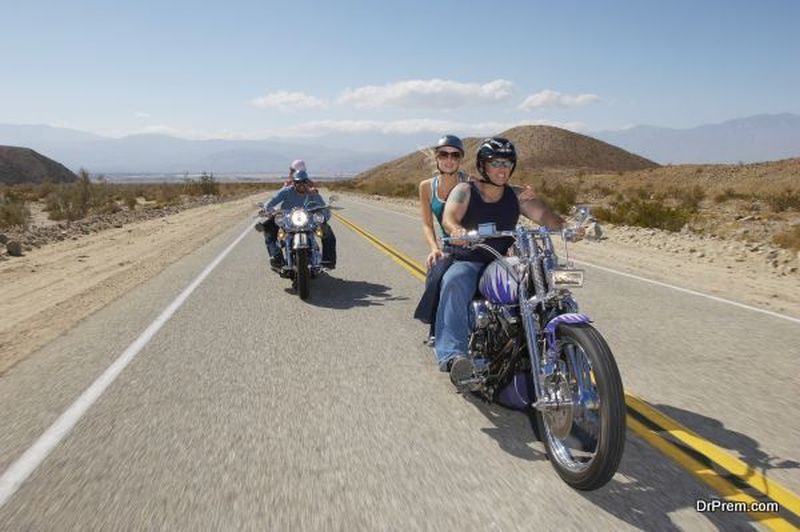 This demand has spurred massive investments. Superhighways were built to hold thousands of cars, and railways spanned the country hauling freight all over the nation. Agencies like the Tennessee Valley Authority have spent decades working to control the movement of water, harnessing its power with hydroelectric dams all over the south. Massive projects like Hoover Dam have done likewise in the west, and light rail is rapidly becoming the public transit of choice in many crowded cities.

With its immense capacity to transport and serve the country, U.S. infrastructure was soon the envy of the world.

Unfortunately, it has begun to decay, with certain instances highlighting this decline. The I-35 collapse in Minnesota was indicative of an overall infrastructure problem in the U.S. The more recent crisis at the Oroville Dam in California has brought more attention to the issue, and it’s one that is only starting to be addressed.

Somewhere along the way, there were shortfalls in planning, maintenance, repair, and even scientific knowledge that have brought us to this critical crossroads. The crumbling infrastructure of our nation was a significant campaign issue for President Donald Trump, and the momentum at all levels of government is in the direction of upgrades.

The process of moving forward with upgrades to the American road and rail system, power grid, and flood control structures needs to be undertaken quickly, but it needs to make certain provisions to ensure that the upgrades have the maximum benefit. Only then will it be a sustainable method of meeting the country’s needs. 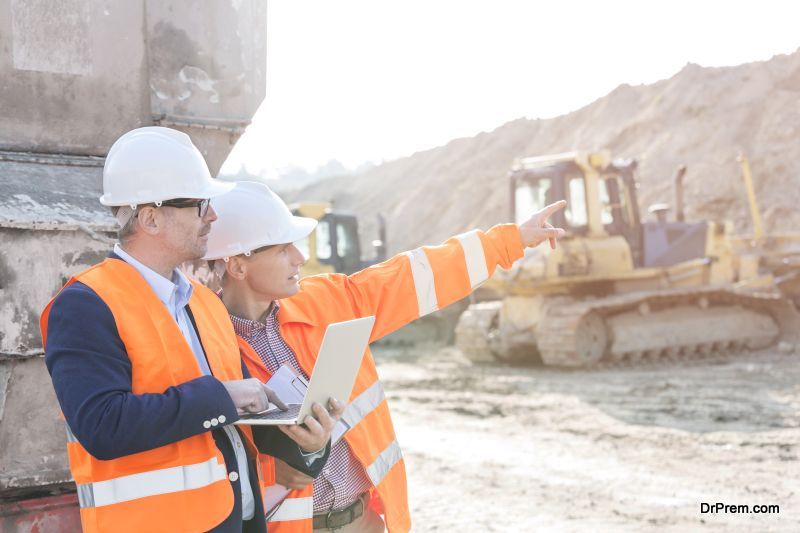 Prior to the advent of modern civil engineering, most things were simply over-built. Their designers were only estimating the capacity of different components, and the inexact calculations meant that they usually built things so heavily that they knew they were heavy enough.

In time, the science was improved to the point that structures could be carefully designed with maximum strength and using an economy of materials. But what was still lagging behind in some cases was the materials. Even the best-built steel structures would eventually fall victim to metal fatigue and corrosion.

Metallurgy and our understanding of materials like concrete have improved in even just the last few years. Bridges and other structures are now utilizing specially reinforced materials such as the overlay plate, which provides added strength to key areas of the structure to economically extend its life. The alloys used to create them are far superior to traditional steel.

Meteorology has also sharpened its capabilities in recent decades. The major public works projects of the Depression era and the subsequent boom of the 40’s and 50’s were built based on a relatively limited span of climate data, with records only maintained since around the 1870’s. The trends extrapolated from those data are tweaked each year with new climate data, and the trends in precipitation, in particular, have changed dramatically during that time. New projects should reflect updated hydrology data.

When the interstate system was developed, no one expected it to require six and eight lanes each direction in our cities. As a result, the process of expanding to that capacity was slow, messy, expensive, and disruptive.

New highways, power facilities, and other infrastructure should be designed for expansion with provisions made to efficiently procure the required space. This means creation of larger easements and purchase of oversized rights-of-way to make sure that private construction doesn’t impinge on future expansion zones.

The good news here is that we have a better idea of how to handle expansion now. The first interstates were far simpler today, with shorter merging lanes, tighter turns on exit ramps, and narrower medians. The 70-ish years of interstate use that have come and gone since the first highway opened have taught us a lot more about how to design these roads, and consequently, how much space is required.

The same is largely true of the struggling power grid. In its earliest years, much of the country was not electrified. Now power is available anywhere, albeit sometimes at a steeper price. With that knowledge in place, utilities now have a basis for calculating the total demand nationwide, and they can build in that capacity requirement in new facilities. 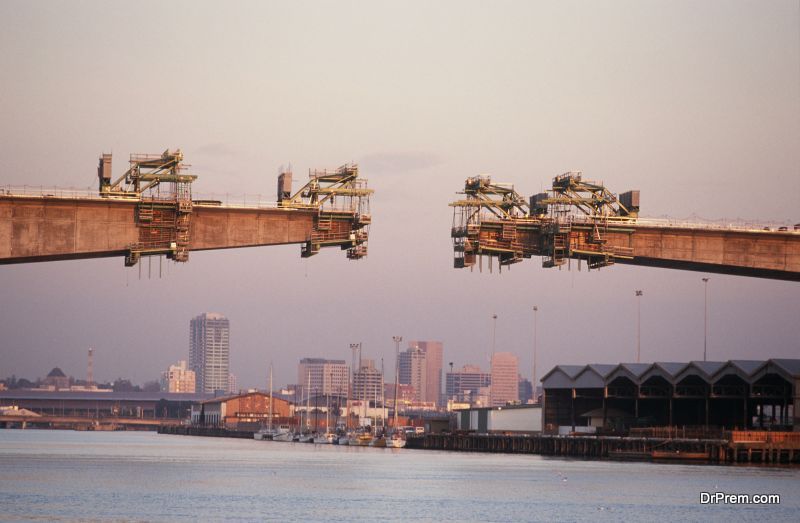 During high economic times, governments and industries pull out all the stops and invest in major upgrades. Yet these big dreams don’t always incorporate a plan for replacing these facilities when they become too old or outdated.

Indeed, when things become tight again, things like highways and bridges are often the first victims of budget-cutting fanaticism. The logic is usually that a 50-year-old bridge is still in operation, so why not stretch that to 60?

What’s needed is a policy change. Funding authorizations for construction should also include at least some level of annual contribution toward replacement costs, and the money should be protected from all but the most desperate future need for emergency funds.

Of course, this is a tall political hurdle. It’s difficult enough to get the money to build a new highway bridge without the legislation requiring an immediate deposit in the piggy bank for replacing the bridge. But the closer legislators can come to meeting this standard, the lower the chances of a future infrastructure crisis.

Private industry should follow suit. Federal regulations can mandate that private utilities, rail lines, and other facilities be built with some kind of consideration for an eventual upgrade, expansion, or replacement.

The infrastructure crisis hasn’t developed overnight, and it certainly won’t be resolved overnight. But with some policy changes and a good understanding of where new scientific knowledge has taken us, we can do much more to avert a future pinch than our predecessors.