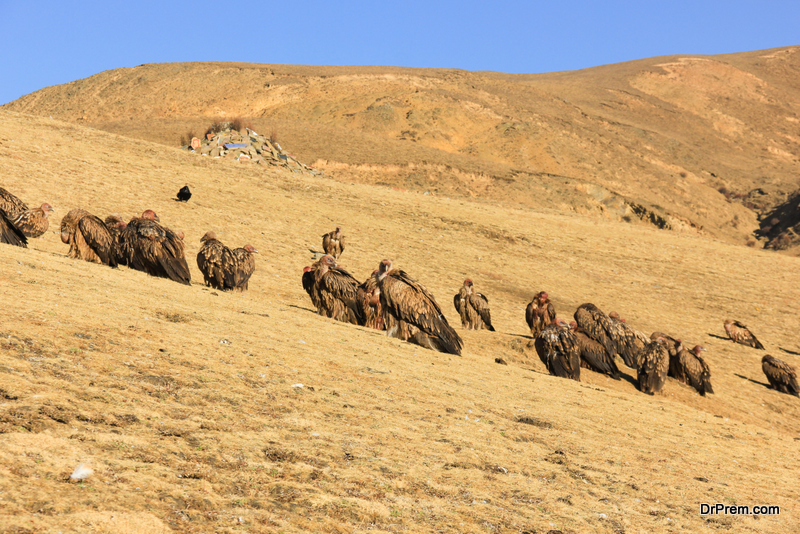 You might be living a sustainable life, but what about the end of it? Traditional methods of disposing of your body such as cremation and burying are not eco-friendly as you would like to be. Cremating a body releases gases equivalent to a 500-mile trip as well as a huge amount of electricity. CO2 emitted is equal to what an average home produces in approx. 6 days. Traditional burial requires caskets, which use about 100,000 tons steel, 1.5 million tons concrete, 4.3 million gallons embalming fluid and 77,000 trees. Looking at the numbers, you might be interested for a green alternative to cremation and burying. Here are some options for you to choose from.

Green alternatives to cremation and burying 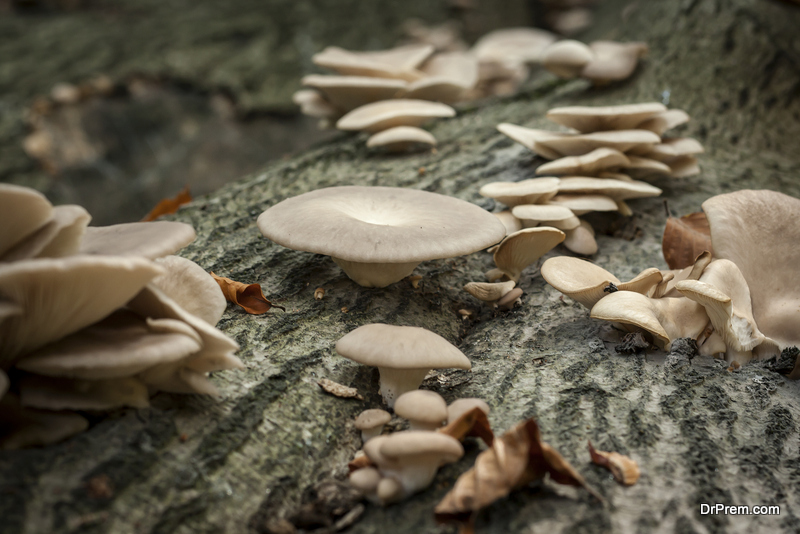 The mushroom suit is lined with the spores of some special mushrooms which can consume a dead body or rather dead human tissue. After death, the toxins in human bodies can return to the atmosphere in cremation or burying. The mushrooms can absorb and purify the toxins, by the process called mycoremediation.

After breaking down the tissue, the mushrooms can transmit the nutrients to a fungi network in soil, which then passes the nutrition to the trees. So, this is one of the eco-friendly burial options which will be beneficial to the environment. 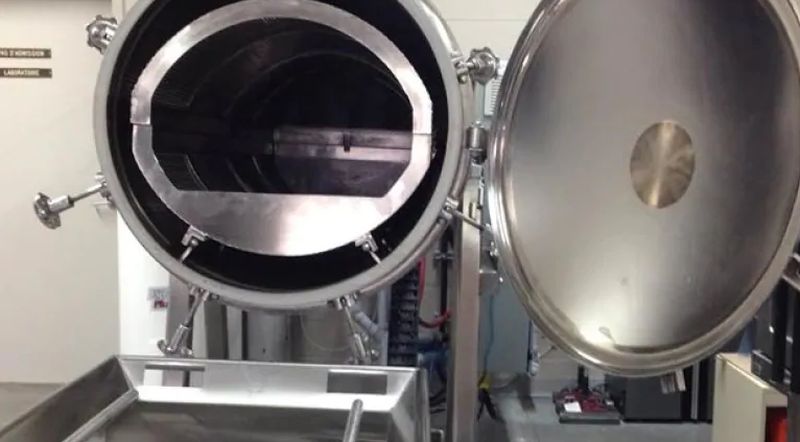 Also known as alkaline hydrolysis or water cremation, the body is kept in a vessel of stainless steel which is filled with 95% water and 5% potassium hydroxide or sodium hydroxide solution. The process of heating the alkaline waters of temperatures around 350 degrees F for allows the body to get dissolved. This is essentially the same process which occurs in nature after an earth burial or the stream, but it takes only about 20 hours in aquamation.

At the end of this process of green cremation, only parts of the skeleton is left, with a sheen. This is then ground up and given to the family, who can choose to either scatter them or preserve them in an urn (biodegradable).

The process uses 80% less electricity than standard cremation and does not release chemicals into the atmosphere. The liquified part of the body is converted into fertilizer. 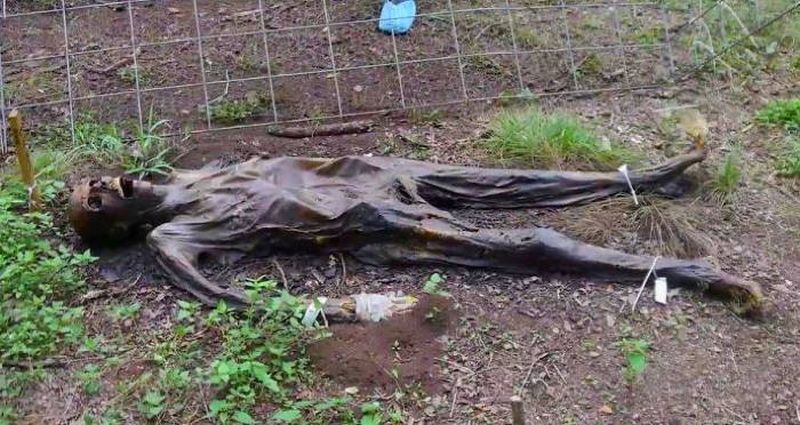 An anthropologist named William Bass, in the 70s, wanted to see how dead bodies decompose in nature. He used donated corpses and developed a farm for forensic experts to study the different decomposition stages.

Currently there are body farms in the US, and the biggest one is in Texas, in the Freeman Ranch at Texas University. This body farm has been instrumental in the development of criminal science. You can donate your body to a body farm locally, to help in furthering science. Donating your body is one of the eco-friendly burial options available to you. 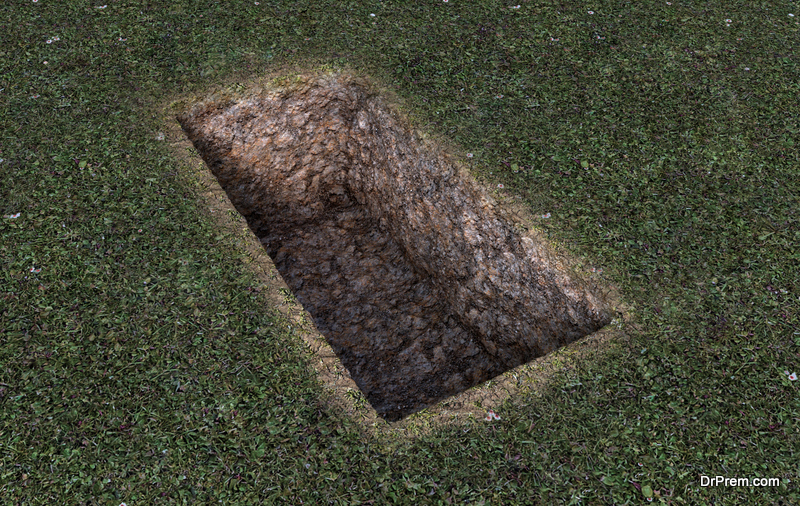 Green burials are one of the most natural options, which allows the body to decompose naturally. There are over 300 approved green burial providers in the US and increasing. In this type of burial, the body is buried only in a shroud, without any coffin or casket. No vaults are used nor any embalming fluid or toxic chemicals.

Instead of headstones, people who opt for eco-friendly burial such as green burial want wildflowers growing on their graves, and be close to nature, even after death. 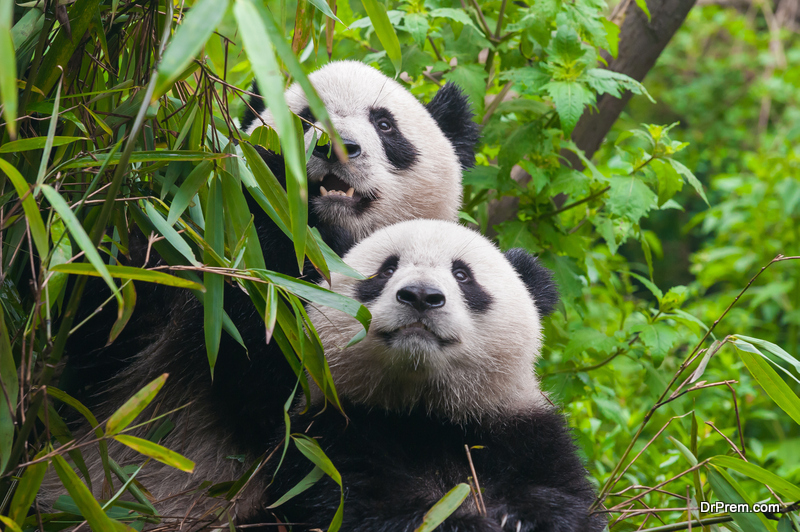 A growing trend is very similar to green burial but aims at the bigger ecological benefit. It is called the conservation burial, which is exactly like the green burial, but uses the money saved to fund acquiring, protecting, restoring and managing land for conservation of wildlife. A study found that this trend could actually benefit the environment if it catches on.

Sky burials are carried out in Tibet and nearby places. It is a ritual after death meant to add to the good karma of the dead person. The bodies are taken to a mountaintop or charnel ground and left there for animals and carrion birds to eat. It is a giving back of what one has taken in life, and the people believe that this ritual helps the dead person move on to the next world, without being held back by the attachment to their body.

The ritual is also a practical way to dispose of the body as in the isolated cold plains, there is a scarcity of wood, and the rocks make the earth hard to dig. Besides, even if there was wood available, not using means saving a few trees. 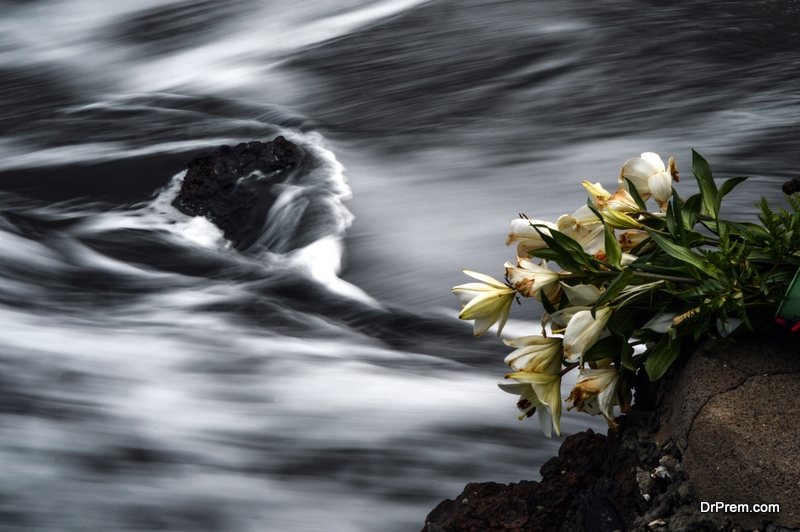 Those who love the high seas in life, can choose to have a sea burial, just like the Vikings, pirates and naval officers of yore. Sea burials these days are greener than before with water-soluble urns which can be set in the seas in designated areas. Earlier burials at sea were conducted in modified caskets which were dropped down to the ocean floor, but these days hand-sewn burial shrouds are available. A boat is chartered for the whole day for the funeral party, and there is a service which is held before the body is lowered into the ocean. 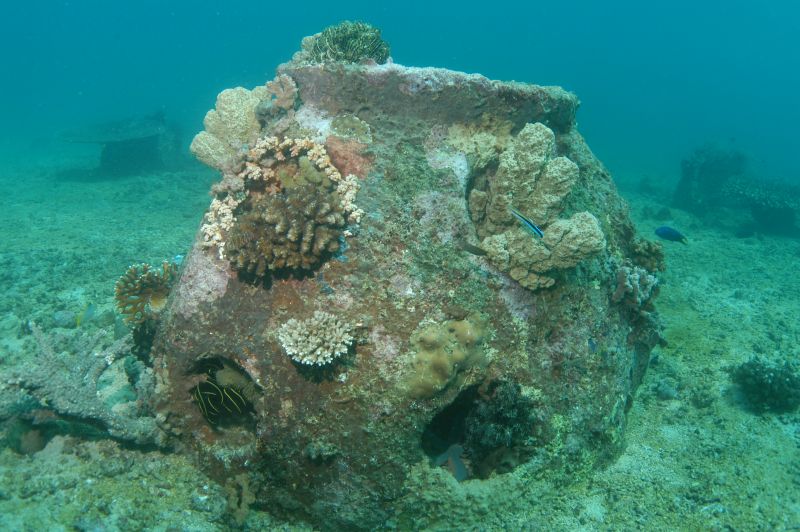 A fascinating version of the sea burial is resting eternally in the sea as part of a wonderful coral reef. Due to global warming, the seas and oceans are warming up too, and the greatest loss has been that of coral reefs. Your remains can support marine life, nourish microorganisms and coral for many centuries. A unique venture by the companies like Eternal reefs is making this possible.

An ‘Eternal reef’ is created with eco-friendly cement which is mixed with your cremated remains. A synthetic reef is placed in ocean at a location chosen by you or your family/friends. The Environmental Protection Agency or the EPA has classified the artificial reefs as safe for the marine environment, and the reefs are placed in the areas of the ocean which have been designated for recreational diving and fishing. 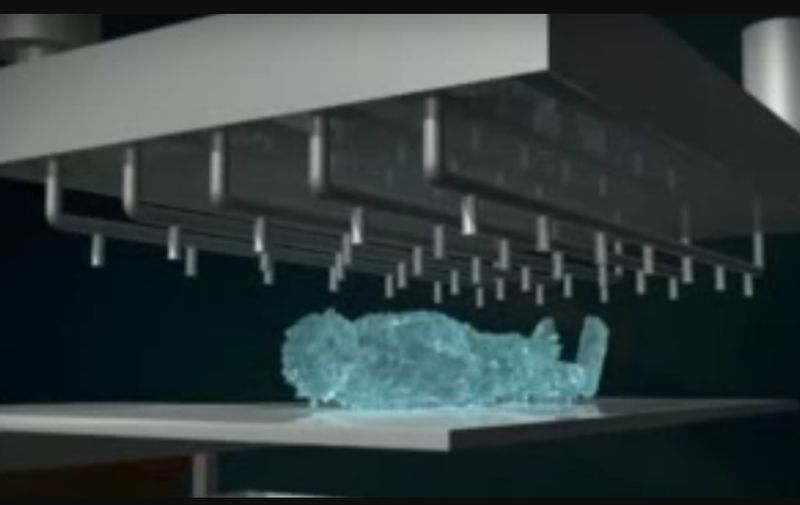 This process was invented by Susanne Wiigh-Masak, a marine biologist from Sweden. This eco burial uses liquid nitrogen to immerse the body. This makes the body very brittle, after which vibrations shake apart the body, and the water is evaporated through a vacuum chamber. Any metal fillings and surgical implants are filtered out by a separator, and the powdered remains are buried in shallow grave.

Shallow grave is a conscious decision to enable water and oxygen in the soil to mix with the remains, which turns into compost. Promession is a fairly new process and seems very eco-friendly as well. 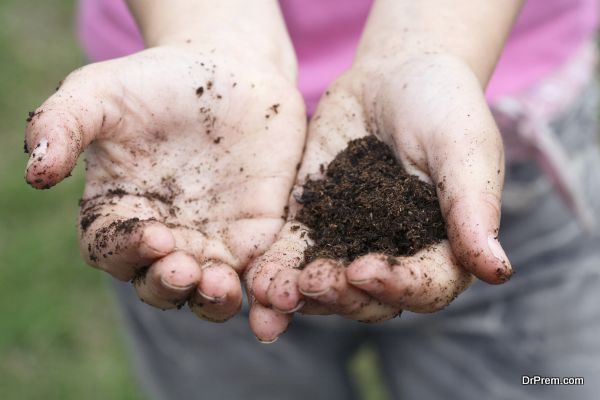 Recomposing, or body composting is the brainchild of Katrina Spade, an architecture graduate who is based in Seattle. Though the patent is pending for the process, the process is considered legal in Washington now.

In this process, the bodies are transformed into soil, almost the same way as regular composting. Wooden chips are placed on top of the body in a chamber where breeze and moisture are combined to expedite natural decomposition process. The resulting, odorless, rich soil can be collected by the families after 30 days. The soil can be taken home and used to plant a tree or flowers. 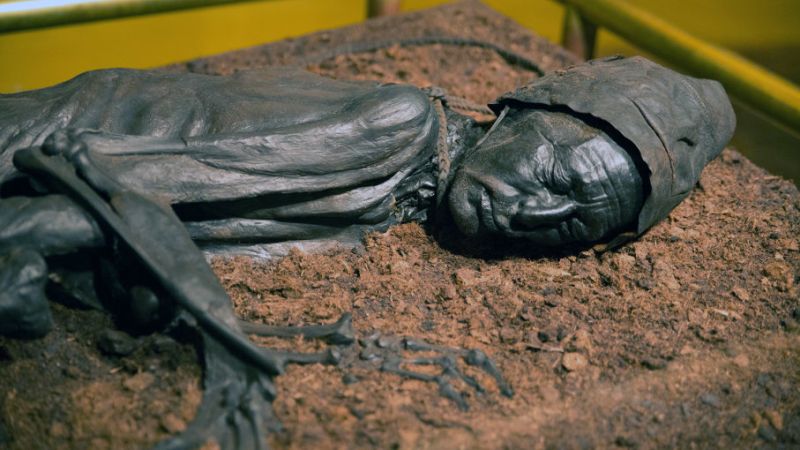 If you walk through a bog or soggy peat march in Ireland, you might get the surprise of your life. You may come upon a tanned corpse belonging to another century. This is because the peat in the marshes creates an acidic environment which preserves the flesh of dead bodies. Burying bodies in the bog is like pickling a body, which freezes the body over time. 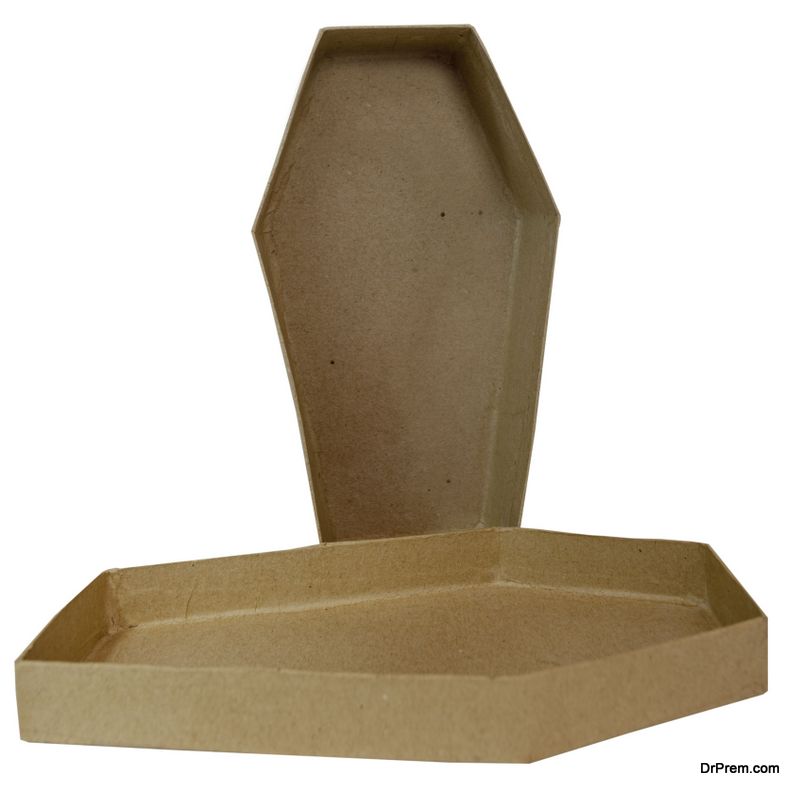 One of the ways to go green after death, is to choose biodegradable coffins. There are companies which sell degradable caskets such as wicker caskets, which reduces emissions by about 50 percent as compared to the traditional burials. There are numerous options for biodegradable coffins, such as those made from paper, formaldehyde free plywood, fair-trade bamboo, handwoven willow.

There are multifunctional coffins which you can enjoy while you live and which would convert into a coffin. The coffin is actually a novel shelving system, where you can store your books and knickknacks. The shelves will then conveniently turn into a coffin when you no longer need to store your books. 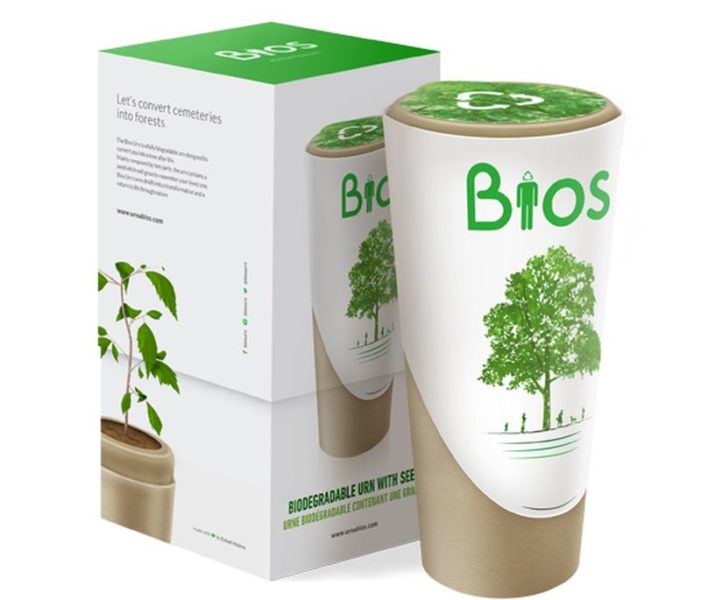 This is a completely biodegradable urn which can hold your ashes after a green cremation. It includes a seed which can grow into a beautiful tree. Bios Urn is made from coconut shell, cellulose and compacted peat. After the remains are placed in the Bios Urn, it can be planted, then seed will germinate and grow. The company offers you the option to choose the tree you want too.

You could make suggestions to your heirs, family and friends to make your journey after life as green as possible. You could request that the floral tributes should not be bound with plastic wire, avoid flowers which are packed in polystyrene foam, as it does not biodegrade. Even the transportation should be moderate, without the huge limos, but with guests carpooling to the funeral.