We need dams to store water, for irrigation, transport as well as hydropower. These dams and other manmade blockages on the rivers disrupt the water flow, which disrupts the migration of fish. This creates a disturbance in the biological diversity in rivers. Freshwater fish populations have decreased by a whopping 76% in the last 40 years. Hydraulic turbines cause the destruction of freshwater fish. Let’s take a look at the ways how dams affect fish and what are the possible solutions:

How do dams affect fish population and diversity 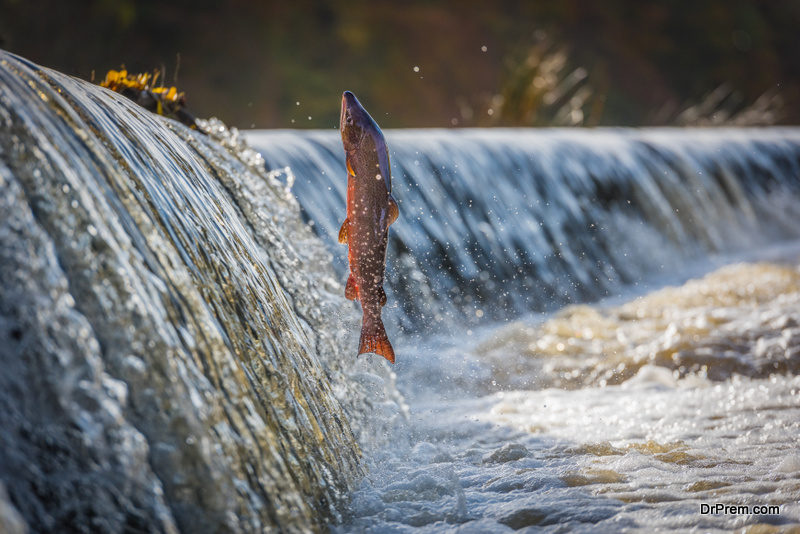 When dams are constructed, they create upstream and downstream habitats. Migratory fish like sturgeon depend on the whole river. Sturgeon also relies on the shallow areas and temperature for reproduction. As the dams change the river’s course, the natural conditions and water temperature changes too. This prevents the mating of the sturgeon and hinders in the fish larva development, and is one of the ways how dams affect fish. 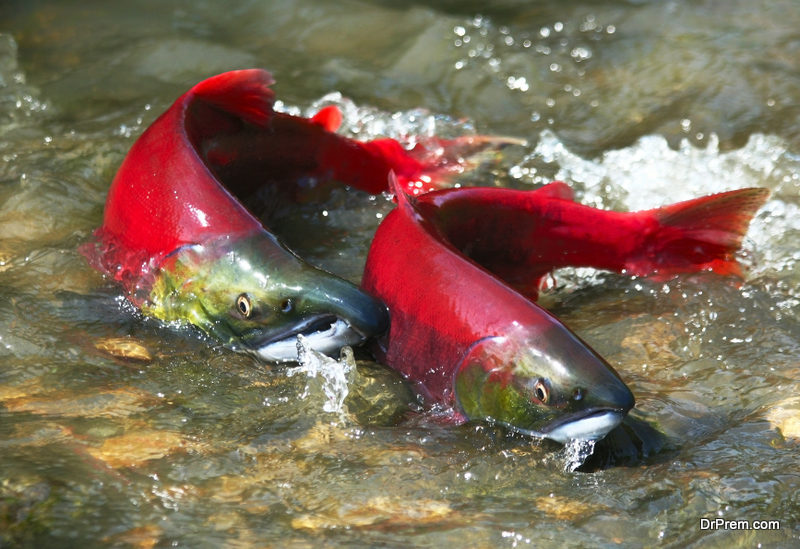 These are examples of anadromous fish, i.e. fish born in freshwater, then migrate to ocean to mature and return to freshwater to spawn, and die. Salmon always returns to the exact same hatchery or stretch of shallow lake or river they were hatched in. Fish which return to the different rivers at different times during the years is called stocks, and these stocks are distinct genetically and breed with the same stock fishes only. Due to dams, the 400 stocks of salmon have reduced to 214, and out of these, 169 face extinction risk of high to moderate. Thus, dams affect fish in terms of their species survival.

In Columbia, the Grand Coulee Dam which was built without fish passage facilities has eliminated a fishery worth quarter million dollars (per year). Almost 30-50% of the anadromous fish habitat in the Columbia basin is submerged due to reservoirs and blocked by dams. Smolts or the young of salmon might lose their downstream swimming habit and it takes them 39 days to reach the ocean due to slow speed of river where it used to take only 3 days to reach the ocean.

Salmon has suffered as one of the most affected fishes, as when they get stuck in freshwater, it leads to

The river dolphins require quality water, freshwater fish and migratory routes in order to survive. Dams which are poorly planned reduce the food supply of dolphins, change the quality of water and destroy their habitats. During the construction of dams, the noise and dynamite harms the delicate hearing of the river dolphins. And when the dams operate, the increase in boat traffic leads to deaths and injuries due to collisions with the boats. 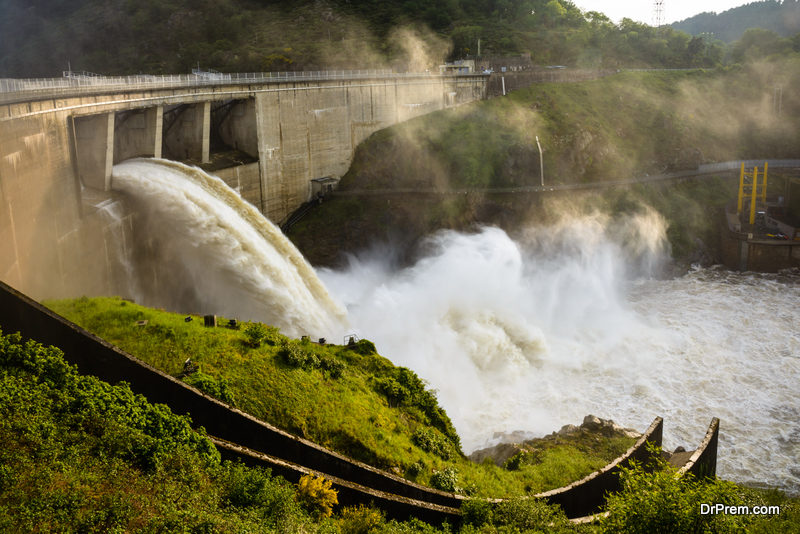 The fish which pass through hydraulic turbines are subjected to different forms of stress causing high rate of mortality. They can be injured due to moving parts of the turbine, or due to the stationary parts such as vanes, guide vanes and wheel blades. Sudden changes in pressure, cavitation and sudden deceleration or acceleration are other ways in which hydraulic turbines operate are dangerous for fish.

Passage through spillways of dams is another of the direct cause of death or injury in fish. Shearing effect, abrasion against the surface of the spillway, turbulence in stilling basin, physical impact against energy dissipaters, etc are some ways in which dams affect fish. Significant damage occurs to fish when they fall  – injuries to eyes, gills and internal organs, when impact velocity of the water is more than 16m/s, especially for larger fish.

One solution is to create ‘Ski Jump’ spillway, as in this design the abrasion risk  is eliminated, especially for smaller fish, even if they fall outside the water column. 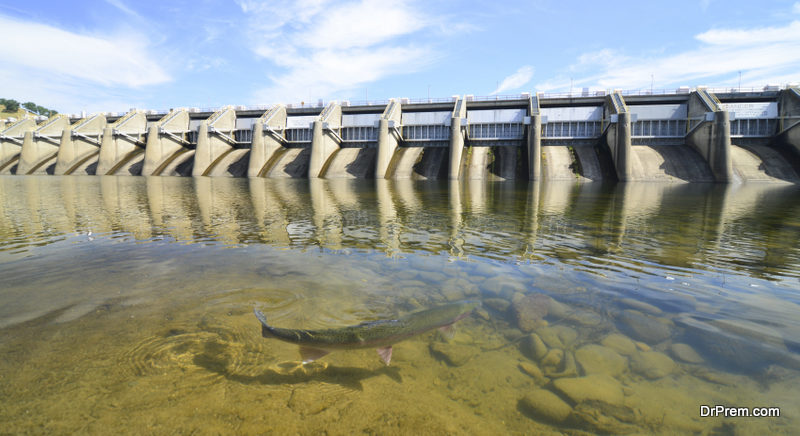 Dams affect fish downstream migration, which puts them in many dangers. For example, during low flows in Columbia Basin, the Chinook salmon reaches the estuary almost 40 days later. This exposes them to intensive and overfishing salmon is a result of these kinds of delays. The fish also suffer from over exposure to nitrogen super saturation as well as parasites and germs. The delay sometimes results in the smolts residing in freshwater for months together.

The construction of dams and other impediments leads to the transformation of lotic to lentic habitats. Fishes which spawn in fast flowing rivers can, and have been, eliminated as their habitat was destroyed.

The reservoirs are flooded, which creates further problems. 40% spawning ground in Qiantang river above Fuchunjian dam was destroyed due to the flooding. The Gulam Muhammed Dam has deprived the Hilsa ilisha of 60% of their spawning ground. These are only two examples of the millions of fish affected in a similar manner worldwide.

Dams affect fish  by suppressing natural floods, which deprives fish of food, as seen in the fish communities in Niger, Senegal and Chari.

Effect of change in water quality and temperature 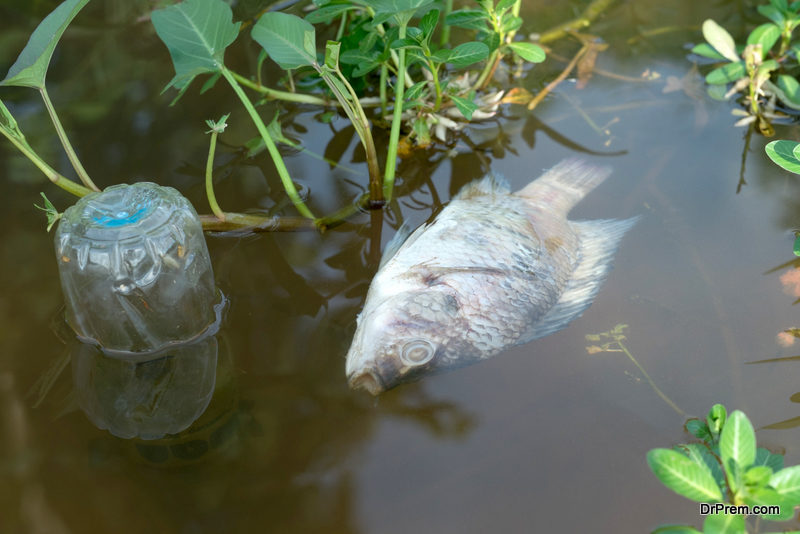 Dams modify chemical and thermal characteristics of the river water. The type of dam determines the type of damage i.e. the surface release reservoirs act as nutrient traps and heat exporters; deep release exports nutrients and cold water. These factors affect the species of fish and their populations downstream.

To reduce the impact of dams, they should be constructed with a design for fish passage included. The fish could be attracted to specified point which is further down river, which would allow them to migrate. Another solution could be to trap them in tanks (called fish lifts or transport systems known as trucking) and release them upstream.