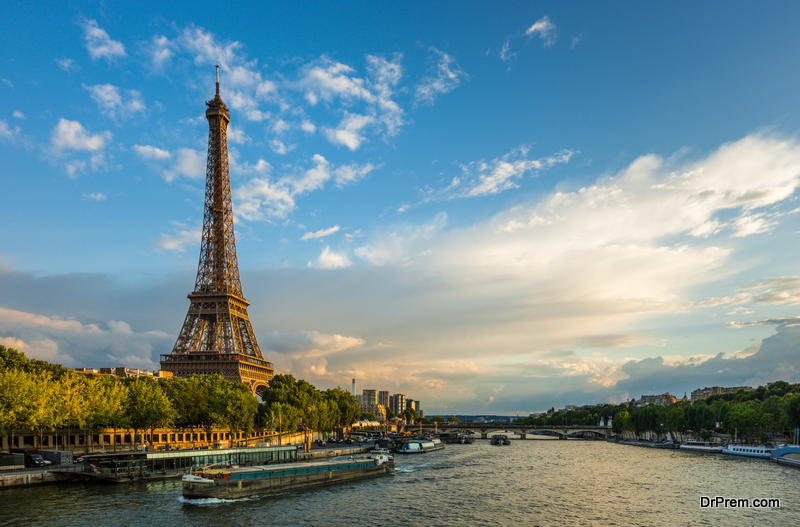 Eiffel Tower, one of the most iconic structures of the world, is going green. It draws millions of visitors to Paris every year, and now, it will have the added attraction of displaying how green energy can be harnessed. Eiffel Tower, 126 years old, has become an icon for the green movement, by installing wind turbines at the top. The operators of the Eiffel are planning more green modification to reduce the energy use, in keeping with the City of Paris Climate Plan.

Eiffel Tower going green: how and why 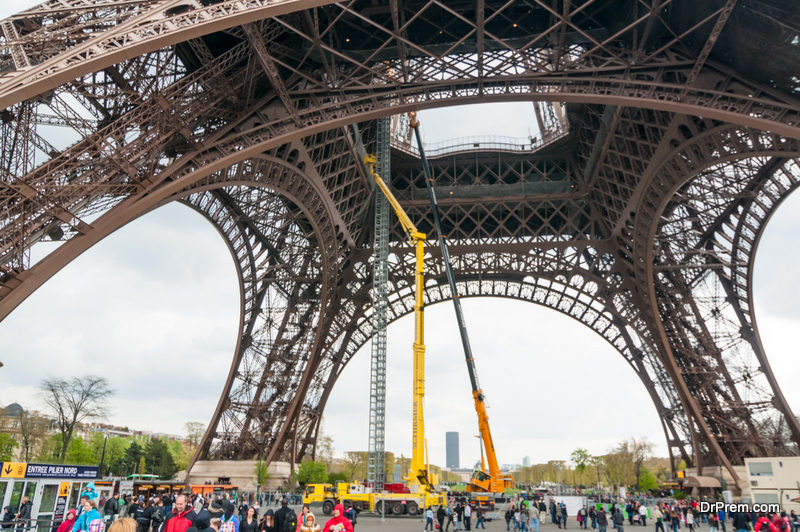 The Eiffel is France’s national heritage and is the most recognizable symbol of the French culture today. It is visited by millions of tourists who are left spell bound by the unique structure of the tower. Now, as part of Paris’s grand plan to reduce emissions and start depending on renewables, the Eiffel Tower’s operator, Société d’Exploitation de la Tour Eiffel, has installed a massive wind turbine on the tower.

The aesthetically minded may be apprehensive about the addition spoiling the beauty of the tower, but actually the turbine cannot be spotted easily. There are two wind turbines, which have been placed at a height of approx 400 feet above ground. The 21 ft high vertical axis wind turbines were installed at the second level of the Eiffel Tower as the optimum location for wind. The energy generated from both the turbines,10,000 kilowatt-hours, would be enough to supply the needs of the shops on the first floor.

More about the turbines

The spinning turbines’ blades, made from glass fiber composite, produce adequate wind energy for the restaurants, souvenir shop and historical exhibits located on the first level of the monument.

The company Urban Green Energy (UGE) created a custom design for the tri-blade turbines and installed the turbines on the top of the Jules-Verne restaurant on the second level. The turbines were mounted in the night, after the monument was closed to the public. The Eiffel Tower management does not allow any kind of lifting equipment like cranes, so the crew had to hoist each of the blades with hand-pulley arrangement.

As the turbines were painted in the same color, brownish grey as the Tower, you will not be able to spot it, especially as they are enclosed in the lattice at the southwest corner. Diners at the restaurant would not feel the movement of the turbines, as extra dampers has been installed on the roof.

The turbines on the Eiffel Tower do not produce any sound either, only 40 decibels, which is equivalent to the call of a bird. Though the 10,000 kWh is just a small amount of energy compared to the 6.7 GWh energy required by the monument annually, there are other initiatives being implemented by the Eiffel Tower operators, such as installing solar panels, in their effort for going green.

The turbines and other green measures on the Eiffel would also inspire people to give a thought about the environment, when they come to visit the monument.

Eco-friendly improvements at the Eiffel 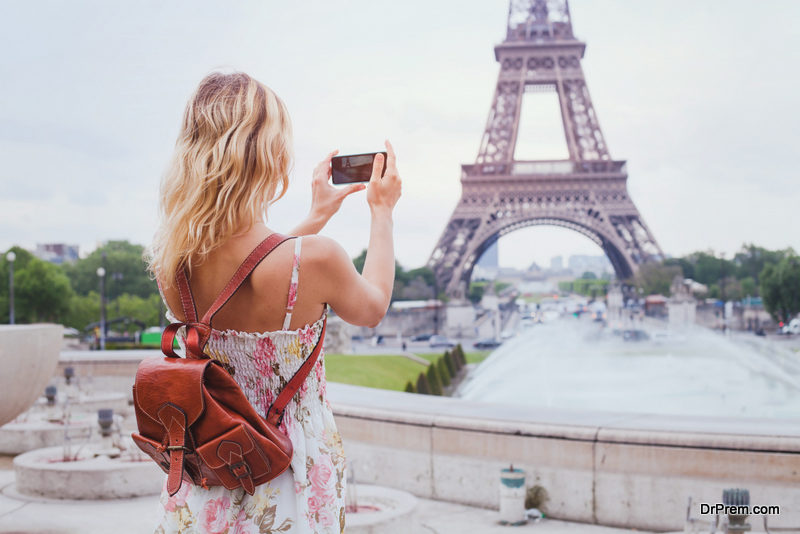 Important landmarks such as the Eiffel Tower utilize a vast amount of energy. The tower management chose to convert to powering its needs with 100% renewable energy. This means a saving of 6.5 GWh of conventional energy.

The renewable energy would also be derived from solar panels which have been placed on the Ferrie Pavilion which has 107 sq ft area filled with panels. These panels produce energy which is used to heat the water in two pavilions. An effective rainwater capture system funnels the water into toilets, thus reducing water use.

Green renovations were carried out on the first floor. As part of this, the windows were repositioned to prevent the ‘solar discomfort’.  Without interfering with the view, the heat in the floor was reduced by 25% in summer, which further saved on air-conditioning costs. The lights on the first floor were changed from conventional lighting to LED lights, which are much more energy efficient.

The Eiffel Tower is an example of a commitment to go green, and it demonstrates that being environment friendly is profitable and possible with renovations and retrofitting of monuments.

Clichy-Batignolles is a village which began in 2002, and will be finished by 2020. The massive eco project is an example of every green tech and practices today. It is a train yard in Paris which is being converted to a urban park surrounded on all sides by energy efficient building, which would be residences and offices, daycare facilities, schools, medical services, gyms, movie theaters, activity centers for teenagers et al .

Historical monuments which have made green modifications 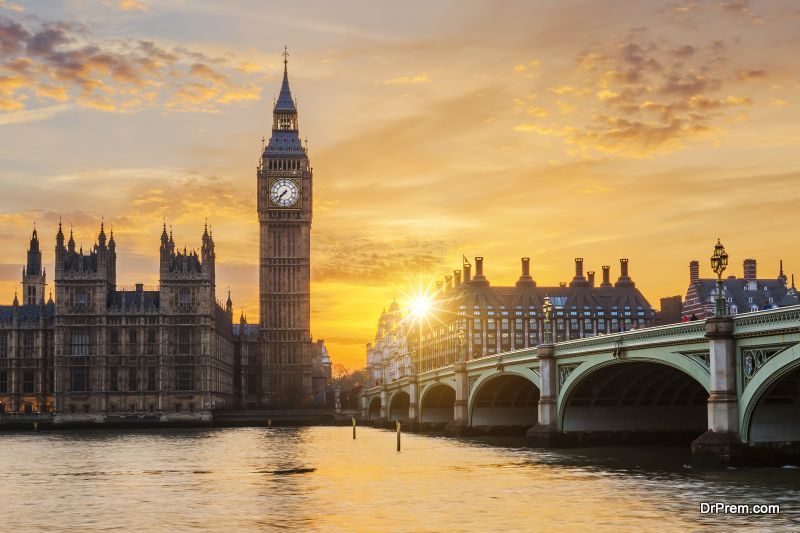 In 2017, the chimes of Big Ben came to a stop after almost 150 years, for some repair and restoration work. The workers will be replacing some of the intricate glass on the face, repair the corrosion on the cast iron roof and perform many other repairs. There will be one important upgrade – the lights which illuminate the iconic clock’s dials and belfry will be energy efficient LEDs. The 28 LEDs will be changed with the tint and color on occasion. 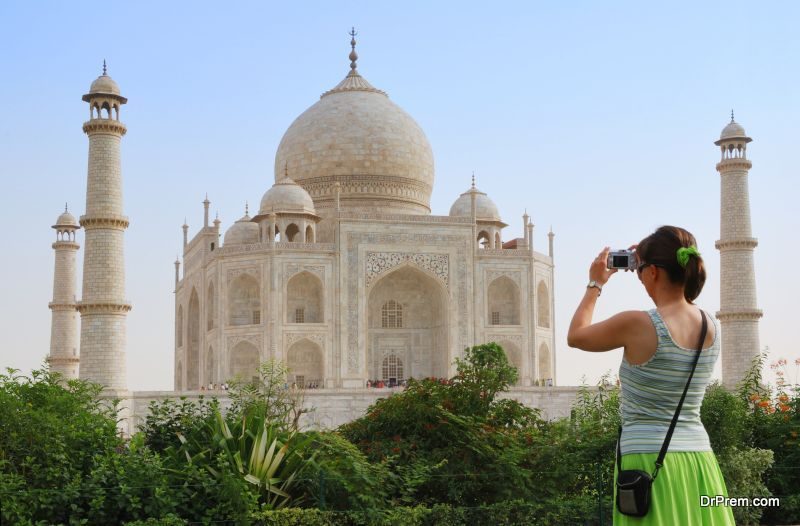 The Taj Mahal is perhaps the most famous monument of love in the entire world. The glowing white marble architectural wonder lost a little of its shine due to the acid rain and exhaust fumes from the Oil refinery nearby. Thousands of visitors who come daily to admire the beauty also took a toll on the building.

Now, to combat the pollution, the Taj Trapezium Zone or the TTZ, a 4,000 miles area all around the Taj has been set up, where emissions are monitored and controlled. There is an air monitoring-control station within the complex too.

Historical monuments require a lot of resources to operate – making environment friendly modifications will save tons of conventional energy and be an example of green building for others.