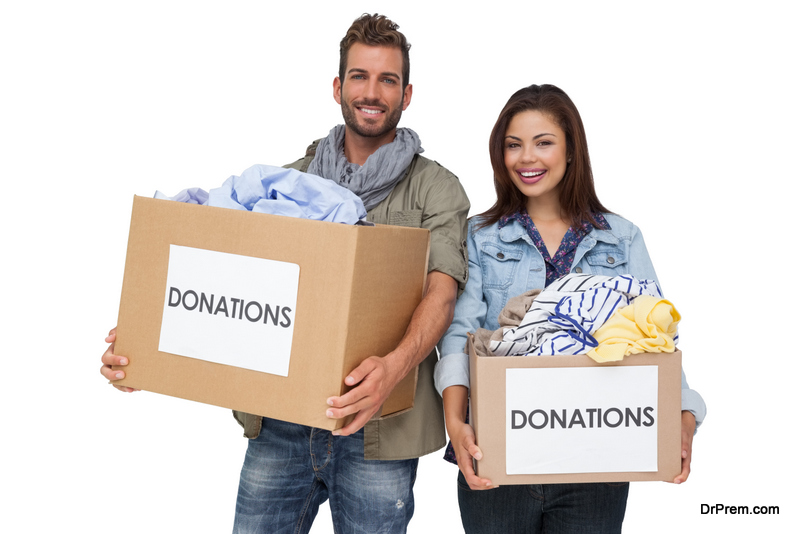 The world is not full of fortunate people like you. Many do have the luxury of new clothes as often as us. Furthermore, even nature doesn’t have enough resources to fulfill everyone’s wants. Therefore, at least in terms of clothes, it is always a better option to reuse, recycle, and donate. In fact, donating for charity could be extremely noble gesture and can put a smile of an underprivileged face. However, things aren’t as simple as they seem. While you donate used clothing you need to keep some things as you would want the clothes to reach only those who need it. Therefore, in this article, we bring to you some things to remember before donating clothes.

Follow the list of do’s and don’ts carefully and you would be doing a great service to mankind. From choosing the best clothes to donate to selecting the organization for donation, here’s everything you need to know before donating clothes.

1.   Be careful whom you donate to 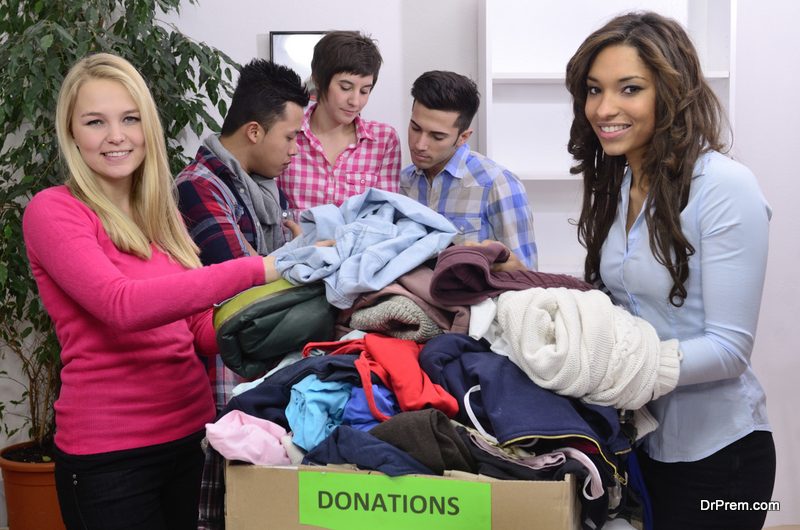 You are doing a great service, putting a smile on someone’s face. Or so you think! A harsh reality is that quite a bit of the donated items do not reach the intended receiver. It often reaches markets of poor countries after being sold by weight. Statistics do support this point and it can be noted in this regard that the used clothing illegal business around the world is a big boom.

2.   Remember while donating for charity in third world countries

There lies a risk in this regard that what you did with such good intentions can end up having a terrible impact on the country’s economy. Many times these donated clothes are too good for local industries to compete with. The result is a collapse of the industry causing great harm to the country’s economy.

3.   Ensure that donations match the needs 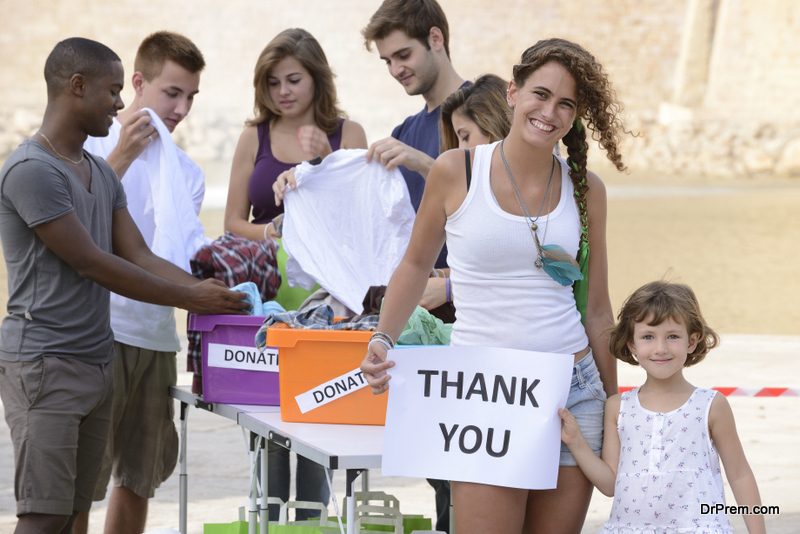 It is a good idea to check with the charity regarding their needs before you donate something. Often the charity ends up receiving something they have no use for.  In such circumstances, not only is your donation not causing help, rather it is causing a loss for the charity house who has to pay money to get rid of the stuff. There also is a risk that the charity can use it for profit-making purposes as it did not suit their needs. Since that is not what you aim for, know the needs well before making the donation.

As heinous as the crime is, it is a reality that much dishonest profit-making used clothes companies set up these bins for donation. Among the things to remember before donating clothes, it must be remembered that donating to such bins is a strict no. It is indeed unfortunate for the real charity foundations but the risk isn’t worth taking as there are many frauds out there. We would rather have you donate at authentic places where you can be certain of your donation not being misused.

5.   Donate money instead of clothes if possible 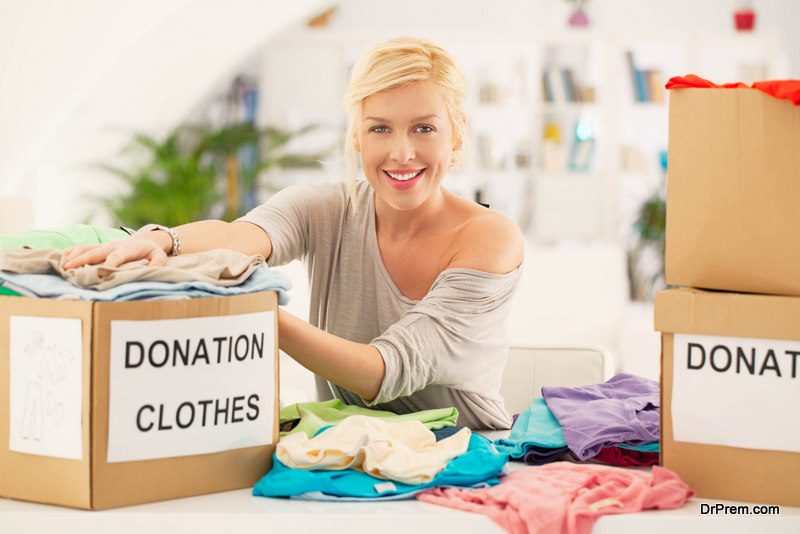 You could manage to sell all that you planned to donate and then donate the money for the charitable organization you planned to donate clothes in the first place. The idea of charity should not be misconstrued into something like clearing the junk from the house.  Also donating the money means that you are leaving the organization with the choice of how to use the money. Maybe they are stocked up on clothes but the food is a scarcity! You are providing the window of opportunity to make better use of your charity if it is money and not a product.

6.   Make sure the clothing is not overused

In the list of do’s and don’ts this forms an important do. You must ensure that your donated clothing can be properly used by the receiver. While we are not saying donate your new clothes, be considerate to donate only those items that are free of wrinkles or horrible stains. Donate used clothing but not the overused ones. Be sure that it is neatly pressed and perfectly clean before donating it.

7.   Clothing donated should be in sync with the current style 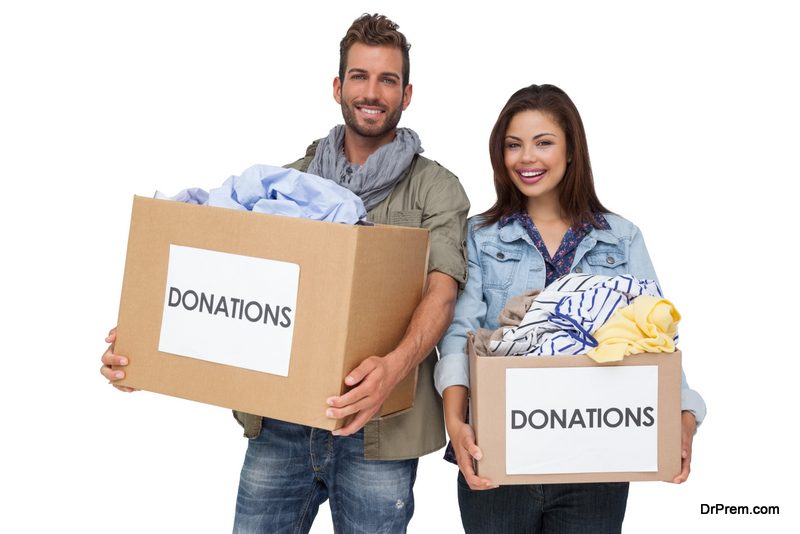 Do not just out of nowhere donate clothes that were in trend in 2010. Realize that the person to wear it may be underprivileged but probably would not make a mockery out of himself. It is simple to understand. If you yourself would not wear the style because of it being outdated, it is unlikely anyone else would.

There is a reason why generally sized clothes are called so. It is because they are general and easily available. However, there is always a shortage of plus-sized clothes and very small sizes. If you happen to possess such clothing then donate used clothing and help out those who wear the less available sizes.

9.   Accessories if donated are always welcome 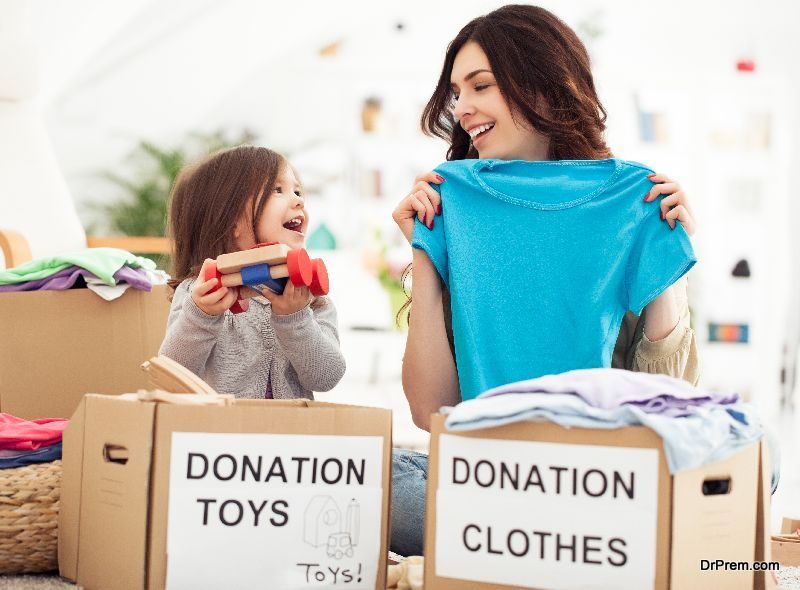 You should know that accessories are not that commonly received by charity houses. So an important among the things to remember before donating clothes is that you can donate accessories and put a smile on the unfortunate. Anything from a beautiful scarf to a handy and trendy bag is welcome. The clothes can also be teamed up with the accessories and it can also save you room to get new ones.

The shoes that make the cut in these charitable houses have to be in good shape. So there is quite a chance that the shoes you donate would not be accepted and appreciated if they are in bad shape. A worn-out heel or a snapped out toe may simply imply that you either throw them away or recycle the shoes. So if you must donate shoes, be sure to donate ones that are in really good condition and pick one from the shoe rack that you have worn the least number of times. Also, just like in clothes there is always a demand for very small and extremely large shoe sizes as they are not easily available.

Donating to the poor is service to God. With the things to remember before donating clothes now in your knowledge, you are now equipped to go about the task without worrying about misuse or wastage of your donation. Donating for charity should face no obstructions and after all, we let you know, we sincerely hope it wouldn’t.